Why I Prefer Being Called a Writer Than Blogger

I can still remember the exact moment I was called a blogger for the first time. I was having dinner with my good friend, DTan, at Village Tavern in Bonifacio High Street Central. It was back in 2012 (a year before Greta’s Junkyard was born), where I had been a contributing writer of WhenInManila.com, at a time when the website was much smaller. I was still in college worrying about what the future would bring (Hahaha!), so apart from interning at Summit Media, I randomly sent an application to Vince Golangco, in the hopes of building my writing portfolio. He liked my work, and assigned me to cover beauty and lifestyle-related events for the publication.

That night in Village Tavern, I was busy taking photos of our food, since I was asked to write about the restaurant. DTan snapped a photo and typed the caption, “With my blogger friend,” while reading it aloud. I remember half-laughing, half-cringing at the thought—because I just couldn’t see myself as a blogger. 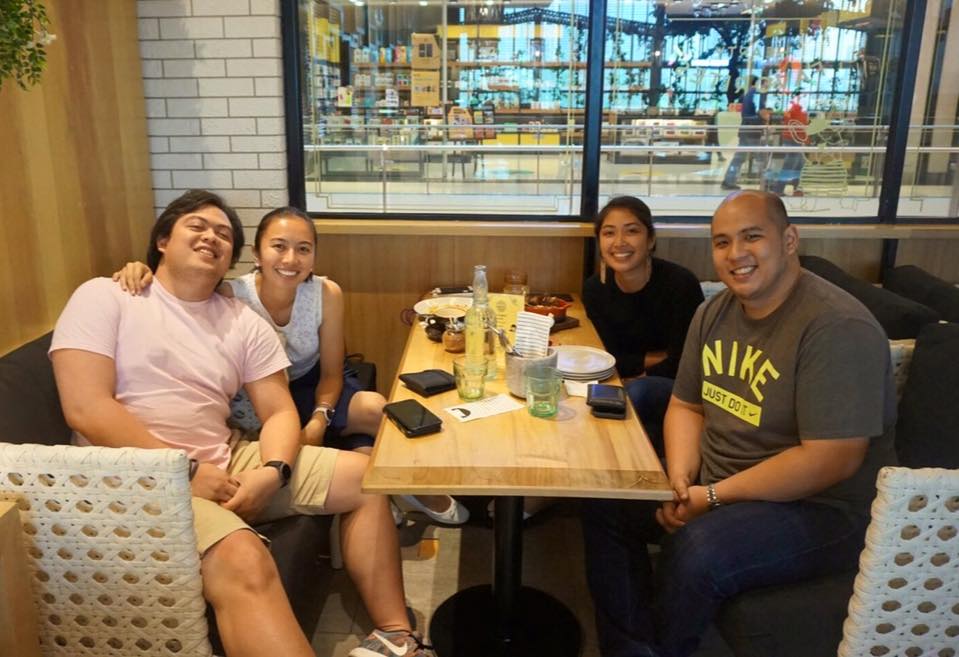 L-R: The Cupcake, Me, My California Sister, and DTan

Not that there’s anything wrong with it! I just find it weird to be called or labeled as one. But I guess because I’ve been writing for Greta’s Junkyard for the past five years, it’s become my title by default—and I’ve learned to just embrace it. A part of me still finds it weird though—I don’t know. Maybe because I’ll always prefer to be called a writer. After all, I graduated from Ateneo de Manila with a degree in Creative Writing, plus back in Poveda, during my grade school and high school days, I used to write all kinds of stories and poetry. I’ve written dozens of WWE and Harry Potter fanfics, on top of the original stories I wrote but kept secretly to myself. My thesis was a compilation of three short stories (with dark chick literature as its theme), which I had to defend in front of a panel. And nowadays, my day job requires me to write and edit articles, while my blog posts tell stories more than they show visuals! Writing is such a monumental part of who I am. And I’m not taking away anything from being called a blogger. I don’t think there’s anything wrong with it. By definition, it means a person regularly writing content for a blog, which is exactly what I’ve been doing since 2012. But between that and being called a writer, I just like being recognized as a writer more. It was always my dream since I was a little girl—to become a writer and one day publish a novel.


But until that happens, until I find inspiration, and until I complete all the stories I’ve started but never finished, I’ll just settle for the blog and keep writing whatever I feel like writing here.

Just in case you want to read more, you can also read my article on why I will never stop feeling thankful for the blog here.

Random Thoughts from an Awkward INFJ When Your Dream Job Has an Expiration Date, What Next?