It’s a little hard for me to describe how I feel about the last installment of Harry Potter. On one hand, I loved it because the scenes were just epic (even though in my opinion, the book is still hard to live up to), and the tension and excitement of the entire thing just gets you incredibly emotional. Realization suddenly dawns on you that this is the end of an era; the end of a childhood of an entire generation. On the other, perhaps it’s because I’m biased and people might not see things the way I do. It’s a whole commentary on the character of Draco Malfoy, and as I left the movie house today I couldn’t help but feel extremely disappointed (to the point that I cried even after the movie).

Of course I’m aware that this is a movie about Harry Potter, and that the whole plot revolves around him. I have no problems with the way JK Rowling depicted Malfoy’s character from the first book up to the last. (Although I secretly hoped to find some Draco/Hermione fluff in there, I had always known since the 7th grade that my wishful thinking would be just that.) What disappointed me was the way Draco Malfoy was portrayed in the movie, especially to those who never read the books and only rely on the movies for the whole story. It was the last scene of Draco during the war, before he and his family escaped and played neutral instead.

It just saddens me because they already built on his character during the 6th movie (Half-Blood Prince), where we get to really see a side of him that we’ve never seen before. That he’s not entirely bad, and that there is some good left in him. It’s a beautiful portrayal, and it makes him so much more dynamic. I loved the 6th movie because of him. (The 6th book also happens to be my favorite.) The same build-up happens in Part 1 of Deathly Hallows, and even in Part 2 (especially where him and Harry had that short conversation in the Room of Requirement), and then suddenly, in his last scene during the Final Battle, the whole build-up goes down the drain just like that.

I’d go as far as to say that it ruined the entire movie for me. I honestly don’t think that scene was necessary, and I don’t ever remember reading about that in the book. We all know that the Malfoy family escaped from the war instead, and they could’ve just left it at that scene. They didn’t need to show that scene of Draco, especially after everything he’s done. (I think only those who have watched the film will be able to understand me here.) I felt like they were trying to establish once and for all what a coward he was, and that it was all he was ever going to be. But it’s not like that. It’s really not. In his own little way, he did do something for Harry (no matter how small the gesture was.)

I’m writing this because I feel misunderstood, and that I think Draco Malfoy’s character in the film was misunderstood as well. And I’ll probably remain to be misunderstood unless somebody out there feels exactly the way I do. 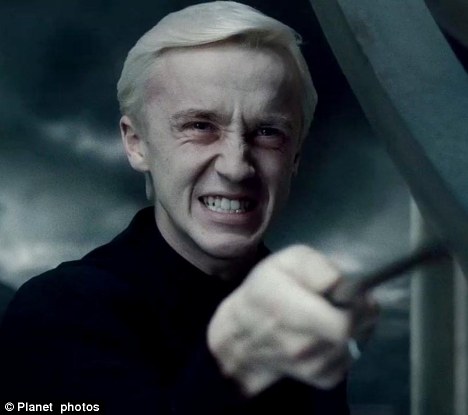 Three Stages of How You Can Recycle Paper Dramione Fanfiction