Last night was such an incredibly fun evening as for the second time, I watched Potted Potter Manila, a play that condenses all seven Harry Potter books into 70 hilarious minutes. The first time I watched it was when they first came here a couple of years ago—my sister and I were invited to watch the show for free as long as we live tweeted the entire play.

This time, the Cupcake surprised me with front row seats to the opening night—so imagine my excitement! Being a Potterhead since grade school, I could never get sick of anything that involves Harry Potter. (I still read Dramione fanfiction. Haha!) 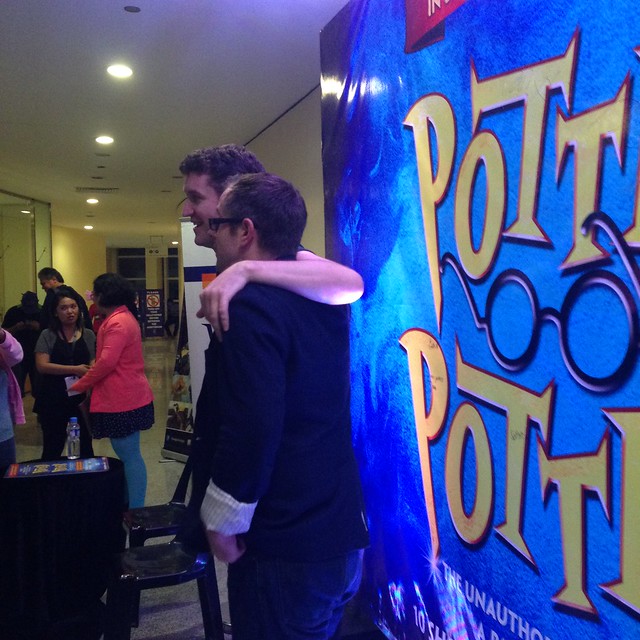 It was non-stop laughter the whole evening. The best part was when Ben and James got two kids from the audience to play seekers on stage and they were required to run after James, who played the Snitch. Both kids ended up tackling James to the ground, and poor James even hurt his knee! (It sounds so Slytherin of me, but I swear I couldn’t stop laughing.)

Since I’m a fan of Potted Potter Manila’s Facebook page, I’m always updated with the latest news and details of the show. A month back, they posted a teaser encouraging people to come to the opening night in costume. So I rushed to prepare our costume, wondering where to buy Harry Potter robes in Manila, and discovered Seven Potters Shop, an online store by Jam Pelinggon. 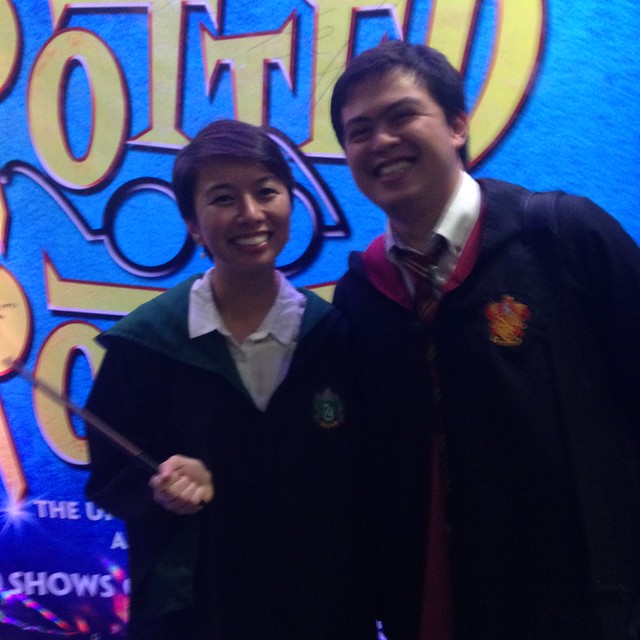 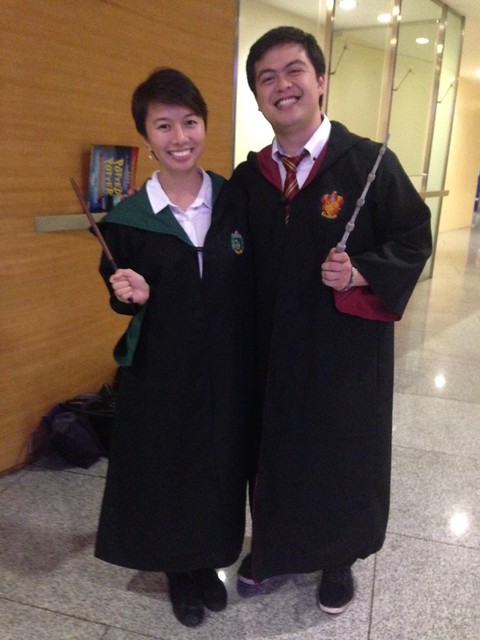 Her store is complete—with all four robes, badges, and neckties in stock! She also sells replicas of Harry’s glasses and wand. Just a week before the play, I easily e-mailed her our measurements (you need to know your shoulder length, sleeve length, and body length). The robes were finished in two days, and were shipped to us instantly!

So if you’re watching Potted Potter Manila (the show runs until October 5, 2014) or if you’re already planning your Halloween costume this year, visit Seven Potters Shop for a cool, authentic-looking set of Hogwarts robes. As a reward for coming in costume, I was able to get a signed Potted Potter poster for free! 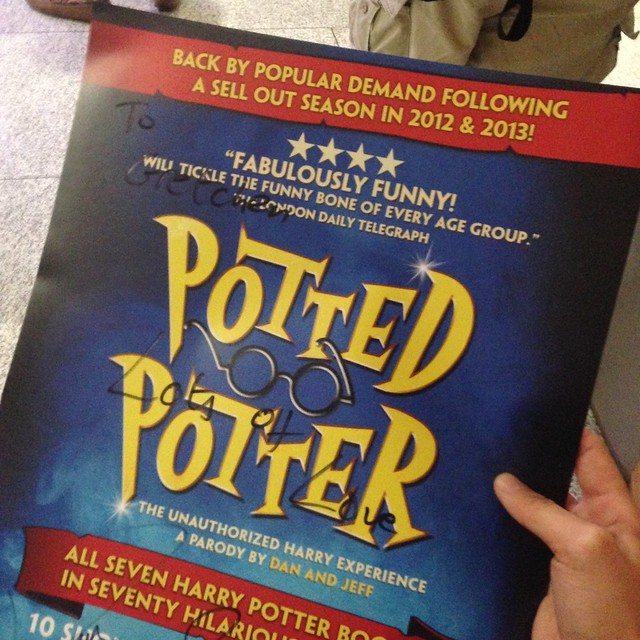