Hello from Buena Park, California where I’m currently writing this! It’s already past 1am but I couldn’t go to sleep without posting an update. So if you’ve been following me on Instagram for a while now, you’d know that I’ve been planning this trip since October 2016. It was originally just meant for me to visit my high school best friend, Mariel, in California and then watch Wrestlemania 33 and visit Harry Potter World in Orlando. But as the weeks passed and my itinerary became more lucid, the places I wanted to see just kept piling up.

Dedicating my 2,000th post to Mare. I can’t even begin to describe my special friendship with this lovely lady. From semi-bullying me in kindergarten because she didn’t want to share the chalkboard, to becoming good friends in the 6th grade, to eventually having high school crushes and supporting each other with our sports among many other things (me with her football and her with my softball), to talking and laughing on the phone non-stop about anything and everything, to experiencing prom together for the first time (we were in second year high school), to her migrating to California and me writing her snail mail letters almost every month–it’s been more than a decade since we last saw each other (there might have been ugly tears last time, and almost another wave when she picked me up at the airport). But one of the things I’ve always treasured is our friendship, and I remember how when I was obsessed with The OC, I’d always tell her that she was the Summer Roberts to my Marissa Cooper and that one day, we’d take over Orange County. We might not embody the Marissa and Summer on the show, because we’re more #TitasOfCalifornia having late-night laughs over avocado but still–here we are, more than ten years later. #WelcomeToTheOC

I was actually planning on writing weekly updates about my trip but I figured it would be better to update as often so that I don’t miss out on little details and it’s still fresh in my memory. I wanted to document this trip and immortalize it in the best way possible because I know it’s going to be an incredibly memorable trip! For starters, it’s my first time to see Mariel in maybe 10 or 11 years. The last time we saw each other was when she visited the Philippines back when we were still in first year college, so even Metro Manila back then was very different! Another reason this trip is sure to be filled with stories is, apart from the obvious that it’s my first time to travel alone and be away from my comfort zone and the sheltered lifestyle I’m accustomed to, it’s also my first time in the West Coast! The last two times I was here, I was always in the East Coast—so I’m glad I’ll finally be able to see this side of the United States. Those last two times I was here were also pretty unforgettable for me, and not exactly in a positive light, because both trips were two months long and I got really homesick. I think it was even because of those trips that I developed an irrational fear of being in an airport. But ever since the Cupcake and I started traveling, I slowly started overcoming that fear.

Anyway—I’ll be doing my best to document my adventures through photos and videos, though my videos will still feature me as awkward as ever (hopefully I actually remember to film stuff), plus the editing will be very basic as usual. But it’s better than nothing, and I really want to be able to look back on this trip, all the memories I created, and the experiences and lessons I gained.

They say traveling alone is “the scariest, most liberating, life-changing experience of your life” and that you should “try it at least once.” Well, here goes nothing. Byebye for now, Manila! ✈️ ‍♂️⚡️#NoInstagramBoyfriendNoProblem #SpotMyTravelBuddy #GretasJunkyardAdventures

My flight departed NAIA Terminal 2 at around 9:30 pm on March 19, 2017 (Manila time) and arrived in LAX at around 6:40pm on March 19, 2017 (LA Time). Mariel picked me up at the airport, and we were like two little girls frantically waving and hugging each other. It was so nice to finally see my high school best friend, and even more comforting that nothing has changed at all between us. We did a lot of catching up as she drove us towards her house in Buena Park, which is about 30 to 40 minutes away from the airport—I couldn’t really tell, because we were so busy just sharing stories.

During my first day, March 20, Mariel didn’t want me to get too tired so we just watched The Little Prince on Netflix in the morning, had chicken and waffles for lunch in Bruxie (which is in Brea), drove to Newport Beach where we just hung out for a couple of hours and enjoyed the waves (though it was really cold), had Sea Salt Vietnamese Coffee in this fusion coffee shop called Urban Cup, then went to Costa Mesa to this place called The LAB (which is dubbed The Anti Mall), and had dinner in Habana, a Spanish-themed restaurant. 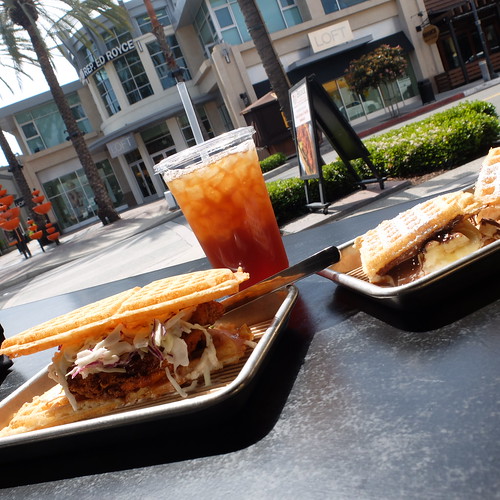 Chicken and Waffles for lunch at Bruxie in Brea, California 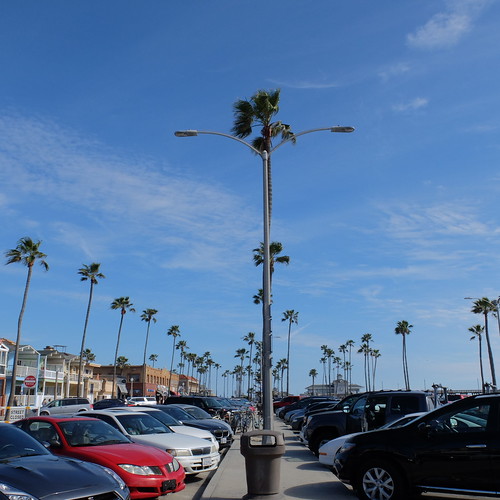 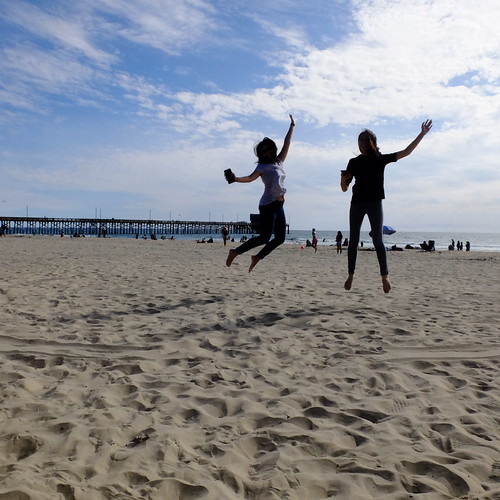 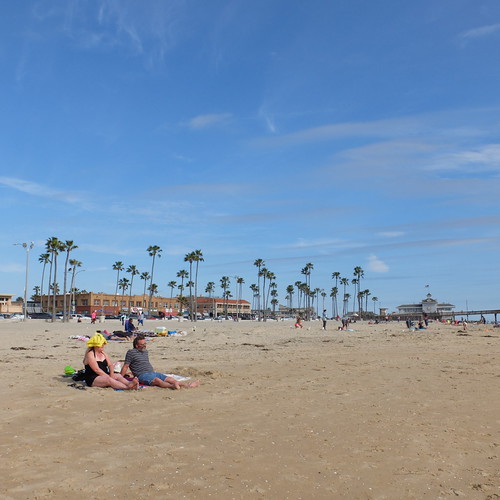 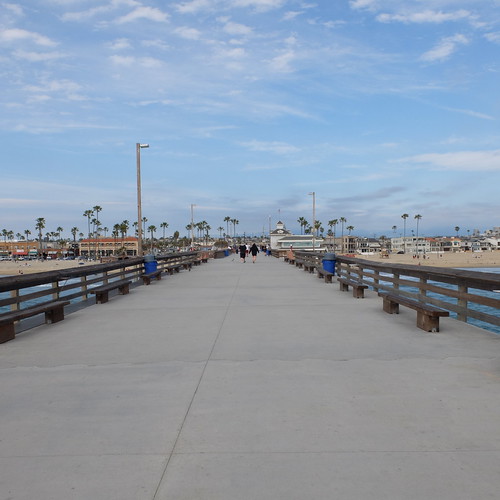 It was so funny (but flattering at the same time) because when the waiter took our orders and Mariel and I both asked for their red sangria, the waiter asked to check our IDs first if we were of age! I think that was the first time it ever happened to me, so I just found it comical.

Excuse the turista-ness with the hat and my wet pants (we tried to wade our feet ) but it’s my first time in the West Coast (was always in the East Coast). I’m pretending to look all warm but really, my hands were freezing. #GretasJunkyardAdventures