Last August 2, the Tokyo EDM Invasion concert organized and produced by Red Alert Live and Nijiiro took place at SMX Convention Center, where Japan’s top and internationally-acclaimed DJs, as well as a few local acts, performed. It was a night that brought about the unique flavors of Japanese EDM, which combines different sounds and visuals, including live Taiko drums and playful beats, eccentric and modern Japanese fashion, and Japanese art together.

As you enter the venue, you’re greeted by a line of bowing “modern geishas” each adorned with beautiful colors and make-up that closely resembles the traditional Japanese geishas. Just from entering, you already get the Japanese feel. Around the venue, sumo wrestlers can also be seen, happily posing for pictures with concert-goers and fans of Japanese culture alike.

DJ Daijiro was up next, giving a dynamic and explosive performance through his upbeat mixes, bass-y and drop-filled tracks that kept my head bopping and feet shuffling; my personal favorite act of the night. The play of lights and hypnotizing visuals gave me chills that made me feel like I was transported to an actual club in Tokyo.

VJ’s Tsubee and Ayumee’s “kawaii” (this means cute in Japanese) ways of wooing and entertaining a crowd showed how Japanese performers can easily tantalize those watching them. They certainly knew which songs to play to get the crowd singing and jumping.

Finally, came the awaited DJ of the night, DJ Dantz. Even from his entrance, you could already feel that your ears were in for a treat. Kabuki dancers entered the stage left and right and began dancing as an amazing light show by Forscink wowed the crowd. And there at the top, right behind the turntable, stood a cloaked man with a white mask and ferocious red hair splayed about everywhere. And again, the amazingly different taste of Japanese EDM was brought to life. From the beats getting faster, to the countdown from ten to one in Japanese, all the build-up and excitement indeed proved to lead to a great drop that was sure to get you moving.

I had such a great time with my friends at the Tokyo EDM Invasion! I’m hoping they bring in more of those tunes and acts soon.

This article was co-written by me and Gica Pollisco

13 Things to Do in Kuala Lumpur Where to Buy Harry Potter Robes in Manila: Seven Potters Shop 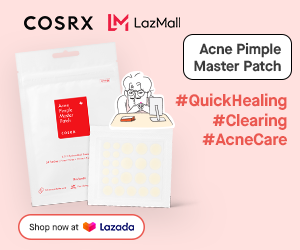