The Real Greta’s Junkyard: Life Inside the Attic

Hello! So I know I’ve been a little MIA again, and I have so much articles and videos lined up for you guys—including highlights of the Greta’s Junkyard Turns 3 Coffee and Contouring event, a brow tutorial of my signature kilay look plus swatches of all the brow products K-Palette sent, my review on GLAMGLOW’s Gravity Mud Mask, and so much more! Haha. I know I haven’t been writing or posting here as much, but just to explain myself, I’ve been experiencing a weird phase in my life (I think I briefly mentioned it in a recent post) and I’ve been enjoying writing and reading fanfiction too much! 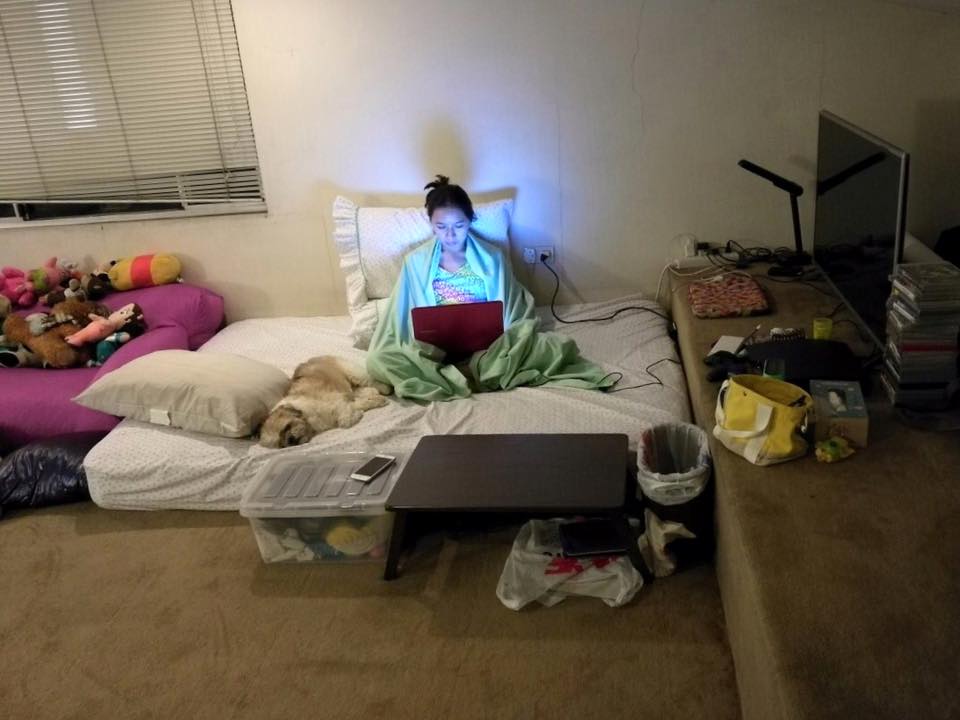 Before I started the blog in 2013 and before I entered the crazy yet fun world of Tumblr in 2009, I was an avid writer and reader of fanfiction—particularly Draco/Hermione and WWE stuff. Besides softball and Ultimate, that was my life. I know it sounds so strange, but strange has always been part of my personality—and I’ve completely embraced that about myself. I’m a nerd, and can be an extremely obsessed fangirl—and I truly enjoy being that way!

So anyway. Moving on to why I’ve been a bit MIA, I’ve been spending a lot of time inside the attic. If you guys are wondering why I stay in the attic, and I’ve gotten a few questions about it already, it’s quite a funny story. Back when my family and I lived in a townhouse in San Juan, I sort of claimed the attic there and turned it into my bedroom—the inspiration behind it was actually Hey Arnold! As in the cartoons, where he had this really cool attic-turned-room where everything was remote-controlled.

And ever since then, I’ve been fond of staying in attics. When we moved in our house in Quezon City, the attic sort of became my little hiding hole. Through the years, I built it to be what it is now, which is my woman-cave. I’ve got my TV and Google Chromecast (Christmas gifts from the Cupcake), my PlayStation (another gift from the Cupcake), my games (which consist mostly of WWE and FIFA stuff), and all things that make my woman-cave cozy and homey. I know it might seem ironic, considering how girly and kikay I also am, but that’s me!

Entering this weird phase of mine, the attic has never felt so much like home—it’s where I want to be 24/7, and if it wasn’t for work, I’d be here all day, everyday. I can go from watching stuff on the WWE Network, Netflix, iFlix and YouTube, to playing WWE 2k17 and FIFA, to writing fanfiction and then reading some, to going on music trips, to playing with Booboo.

Thanks again to Lee Denim Jeans and Bookniture for my super awesome and one-of-a-kind book that turns into a stool/side table!

Watching Hell In A Cell 2016 on all devices (in case one of them accidentally hung, at least I had backup)

My dream mixed tag match: Rollins and Banks vs. Bayley and Reigns

I haven’t really forgotten about the blog—I’m just genuinely enjoying my space and hiding out, but I promise you I will come out with good and better content in the next few weeks. I just need to re-focus myself and get this weird phase out of my system.

On a semi-related note, a lot of things are going to be happening for me in the next few months, including a huge, huge trip in March 2017. So you guys all know how much of an obsessed WWE fan I was back in the day, and that passion was sort of reignited when I watched it again live last September, and so I’ve decided to fulfill a 20-year old dream of mine, which is to go watch Wrestlemania live—and it’s finally happening next year, folks! I’ll be flying to Orlando to check it off my bucket list, and hopefully see all of my favorite wrestlers live including Stone Cold Steve Austin and Randy Orton (because those are the only two people left whom I haven’t seen live). So there. That’s life for me lately, and if you’ve reached this far into the article, thanks for sticking with me. I’ll catch you guys later!