The Break Up Season: A Parody on Why Couples Break Up

Back in 2009, before He’s Just Not That Into You was released, I wrote a script and directed a short parody on the different (common) reasons as to why couples break up. It was a project I did for one of my classes in UP Diliman, which was supposedly an introductory video to one of my reports.

The video was divided into exaggerated and comedic characters belonging to a stereotypical relationship.

He or she is the one who cheats on you—but tries to make it up to you and expects you to forgive him or her. 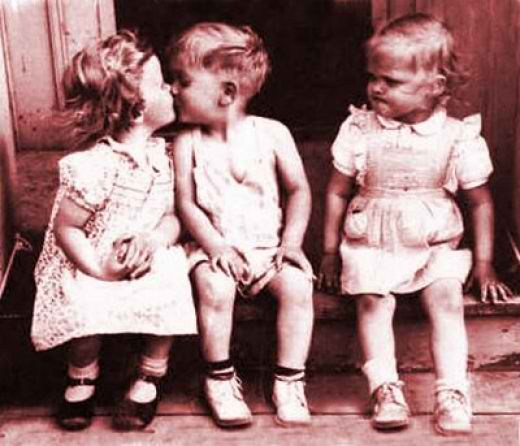 We all have that tendency. Ever heard of the Overly Attached Girlfriend?

“‘Coz I’m leaving on a jet plane. Don’t know when I’ll be back again…”

Back then, it was the one game that boys prioritized over their girlfriends. If you don’t believe me, you can check Blue Skies along Katipunan to know what I’m talking about. These days, it’s probably how guys (or girls) feel about Candy Crush.

Once he’s gotten what he wants from you, he’ll drop you like a hot potato.

Probably the most common reason of all. They only use you to get what they want. It doesn’t necessarily have to involve a bed—it can be to get anything really. They take you for granted, because they know they can.

The Break Up Season

(Disclaimer: Any resemblance to people/other stories is purely coincidental. It’s poorly executed, I know. Haha! But it was my attempt at trying out a new hobby, as I did enjoy filming and editing videos.)

Incidentally, early in 2010, I wrote this message to a girl who had just gone through a break up. So if you’re going through something similar, this is for you. (Click here.)

Remember: a break up doesn’t have to mean the end of the world. Quoting one of my favorite characters, Gigi, from He’s Just Not That Into You:

“Girls are taught a lot of stuff growing up. If a guy punches you, he likes you. Never try to trim your own bangs, and someday you will meet a wonderful guy and get your very own happy ending. Every movie we see, every story we’re told, implores us to wait for it—the third act twist; the unexpected declaration of love; the exception to the rule. But sometimes we’re so focused on finding our happy ending, we don’t learn how to read the signs. How to tell from the ones who want us and the ones who don’t, the ones who will stay and the ones who will leave. And maybe a happy ending doesn’t include a guy. Maybe—it’s you, on your own, picking up the pieces and starting over, freeing yourself up for something better in the future. Maybe the happy ending is…just…moving on. Or maybe the happy ending is this—knowing after all the unreturned phone calls, broken-hearts; through the blunders and misread signals; through all the pain and embarrassment, you never gave up hope.”

(Photos all grabbed from Google.com)