The Adventures of Cupcake and the Queen: Avilon Zoo in Rizal

Over the long weekend (I wasn’t sick anymore! Hooray!), the Cupcake decided to take me to Avilon Zoo in Barrio San Isidro, Rodriguez, Rizal—which is a 7.5-hectare zoo housing more than 3,000 specimens of exotic and indigenous wildlife, and is currently the largest zoological institution in the Philippines. It was my first time to visit, so I was super duper excited. I’ve been to Manila Zoo, Zoobic Safari, Ocean Park, and all—so hearing about Avilon Zoo being the biggest made me look forward to seeing all the animals they had in store—especially the large cats, crocodiles, and snakes. 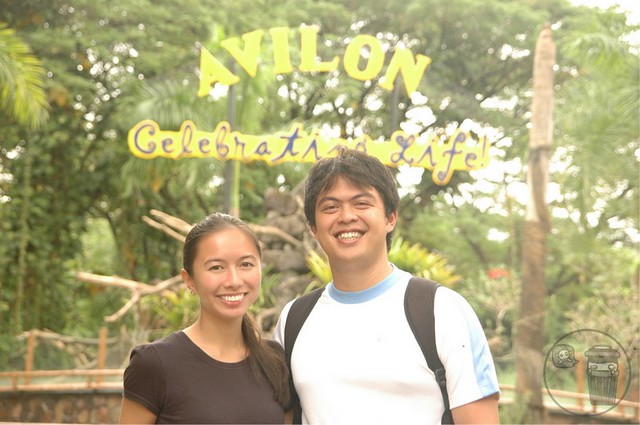 The Adventures of Cupcake and the Queen: Avilon Zoo in Rizal

How To Get There

Entrance Fees and Other Fees

We left my house at around 11am. The trip took almost an hour (it was a bit traffic along General Luna because of the jeepneys). As soon as the Cupcake and I entered, we had lunch first at the mini food court. Upon entrance, there was already a huge pond full of Arapaimas, and you can even dine with them on the Floating Barge for Php 1,500 (inclusive of food for five people, and food to feed the Arapaimas). After lunch, we started with our long trek. The Cupcake came prepared with his huge Nalgene of water, an umbrella, a couple of face towels, and extra shirts. 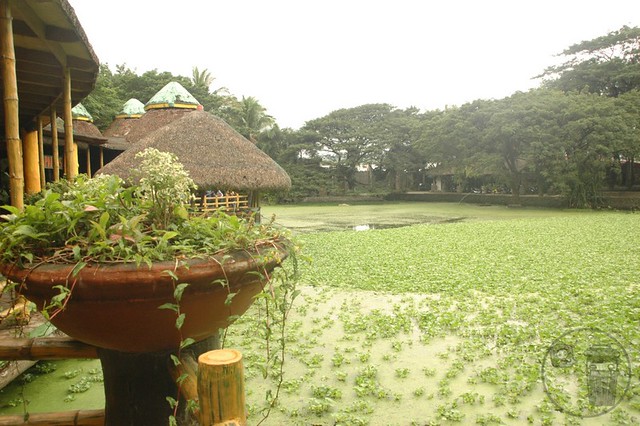 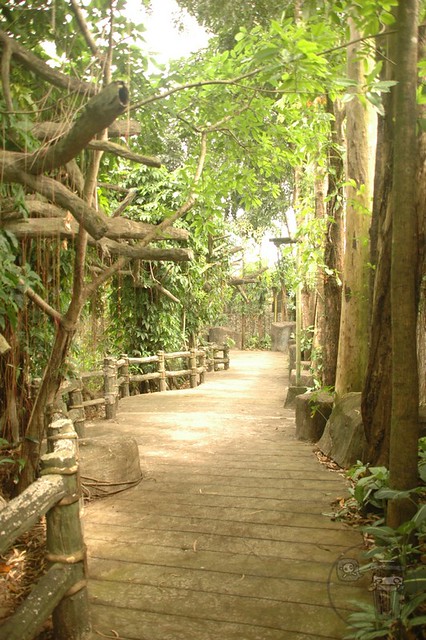 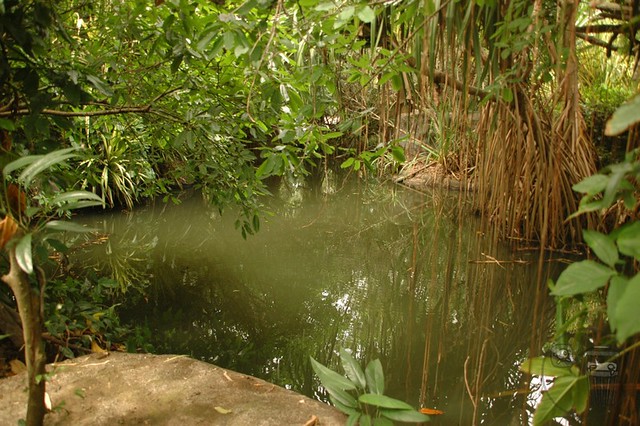 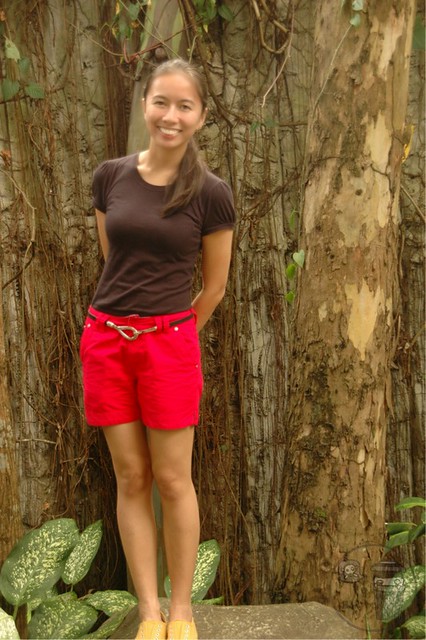 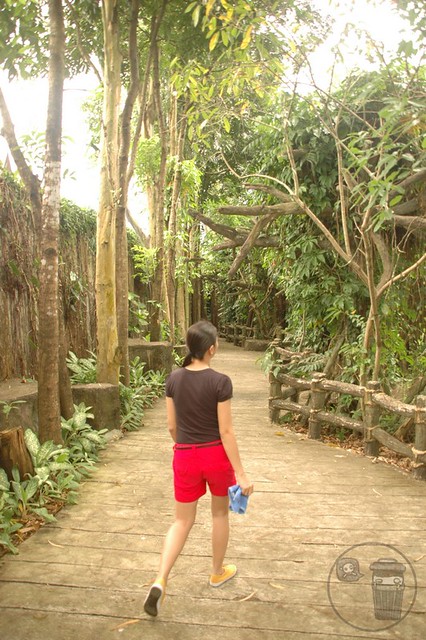 I got the eye of the tiger, a fighter, dancing through the fire!

Below are pictures of our trip and close encounters with the animals. There were some areas and animals we couldn’t take pictures of, like the Reptile House, because they’re more sensitive than others. 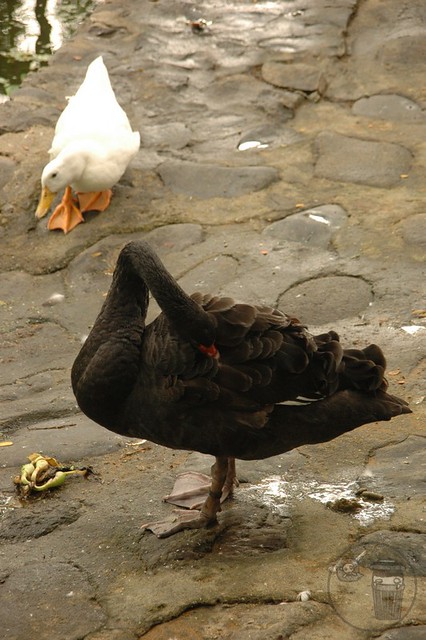 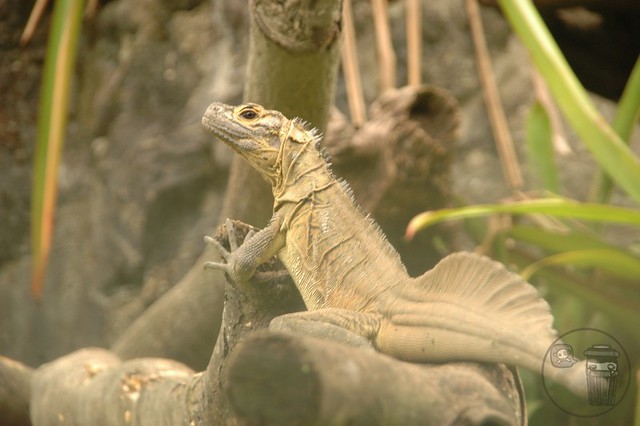 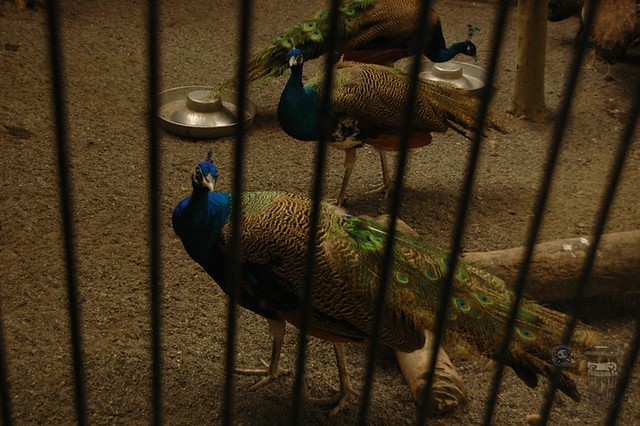 We caught this Lar Gibbon checking himself for fleas, then eating them.

This guy was so funny. He got a leaf stalk and used it to clean his ears. He ate his ear wax after.

This guy was shy at first, but he eventually warmed up to us.

He even tried asking for food!

We also caught him smiling.

Tigger smiling at me.

The highlight of our trip (aside from seeing large cats, crocodiles, and snakes) was feeding the Arapaimas with chicken heads. My heart jumped the first time I threw in a chicken head because I didn’t expect them to go that wild! You can watch the video here:

An Arapaima waiting to be fed.

I’m used to only seeing large crocodiles on TV, but this was by far the biggest crocodile I’ve seen in person.

This turtle was so adorable, I couldn’t stop laughing.

Another highlight was taking a photo with this Albino Snake. I wasn’t able to catch his name, therefore I’m just going to call him Nagini.

Like I said, Avilon Zoo is huge! In fact, there were times I had to ask Cupcake to rest first. Good thing there were benches and rocks scattered all over the place that I could sit on. There were also Snack Areas and designated rest places.

We left the zoo at around 5:30 pm to really see and appreciate each and every animal. It’s a great place to visit, especially if you’re an animal lover or you love to learn. I didn’t even need a tour guide because Cupcake knew so much about all the animals. I’m already looking forward to our next visit, because they’ll be bringing in new animals and attractions soon.

If you have questions or comments about this feature, you can leave them below. You can also like the Junkyard’s Facebook page here to stay updated with the latest articles, giveaways, and more.