Shakey’s and Quorn Partner Up to Introduce Meat-Free Pizza

Imagine my surprise when I received an invite from Shakey’s to attend a private yoga session in Beyond Yoga Serendra last week. It seemed so odd to me, because I couldn’t see the relation between pizza and yoga, so I assumed that Shakey’s would be introducing a healthier kind of dish! 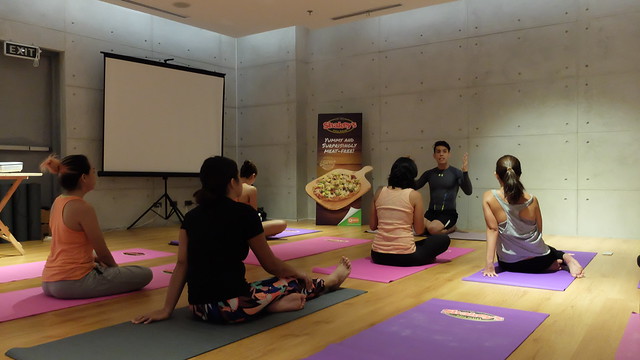 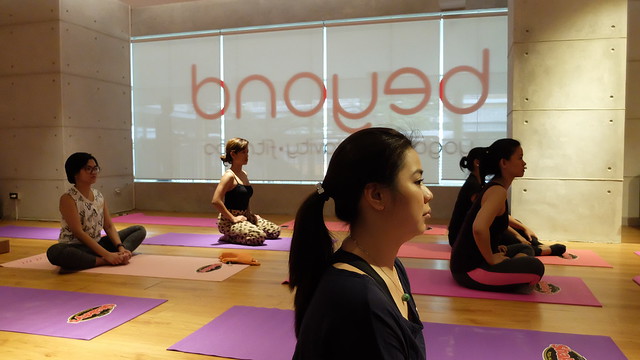 True enough, after the yoga class, several folks from the Shakey’s team gave us a quick presentation on their newest variants: Protein Surprise and Cheesy Chick’N, both of which are meat-free, and are made in partnership with Quorn. I was actually so intrigued when I first heard about what Quorn was, because not only do they make a healthier alternative to meat, their products are also much friendlier to the environment and lessen carbon footprint! Originating from the UK, Quorn products are meat substitutes made from Mycoprotein. Mycoprotein is made in fermenters similar to those found in a brewery, and is formed by adding oxygen, nitrogen, glucose and minerals to a fungus called Fusarium venenatum. These ingredients combine in the fermenter to create a continuous supply of Mycoprotein, which is harvested and dried before then being added with egg albumen to help with the binding.

They’re a nutritionally healthy protein source, are gluten-free, naturally low in saturated fat, and rich in fiber. The British Ambassador to the Philippines himself, Mr. Asif Ahmad, graced the event with his presence to promote the goodness of Quorn.

We were able to try both variants that afternoon, and I was so surprised at how much it still tasted like meat! The Protein Surprise is perfect for those who want their pizza with “everything on it” but are watching their weight. It’s packed with succulent Quorn Chicken Style Pieces and Quorn Pepperoni, made extra special with black olives, bell peppers, onions, mushrooms, and pineapple tidbits.

On the other hand, the Cheesy Chick’N has a delicious medley of Quorn Chicken Style Pieces, onions, bell peppers, cheddar cheese, and generous amounts of drizzled cheese sauce. Don’t ask me which one I like more—they were both really good!

Fun Facts: 1. @shakeysph invited us to a yoga session today, which I found a little strange because it's quite the odd combination. 2. Turns out their newest variants are completely guilt-free because instead of using meat, they use Quorn–a Mycoprotein that's delicious, nutritious, and sustainable. So it tastes meaty without actually using meat! 3. Clearly, I was low EQ and took a huge bite off my pizza before we could even take a picture. 😂 4. Because we were desperate to get a good photo, we went outside @igobeyondyoga to get natural lighting. 5. If you look closely, I was not wearing shoes. 😂 More about the event soon, and I'll be talking about Quorn in detail on #GretasJunkyard.com. 💜 #ShakeysPizza #ShakeysPH

These new variants from Shakey’s are definitely a guilt-free treat, and will be available until March 31, 2017.

Customized Cake: Where to Order in Metro Manila