Growing up an athlete meant I had my fair share of aches and injuries, such as torn ankle ligaments due to frequently spraining them, or suffering from a slight knee effusion (this is when excess fluid accumulates in or around the knee joint), which I discovered after an MRI a few years back.

Of course, for every injury that occurred, I always visited my orthopedic doctor, Doctor Edgar Eufemio, at Cardinal Santos Medical Center. I’m thankful I never suffered from any major injury that required surgery, but during the time I tore my ligaments and had recurring knee pain, I had to undergo physical therapy to strengthen the muscles around my ankles and knees. A physical therapist was always scheduled to drop by my house, who would then make me do exercises with a resistance band.

This is why I always thought that physical therapy was just for athletes suffering from an injury, for people who were recovering from an accident, or for senior citizens. 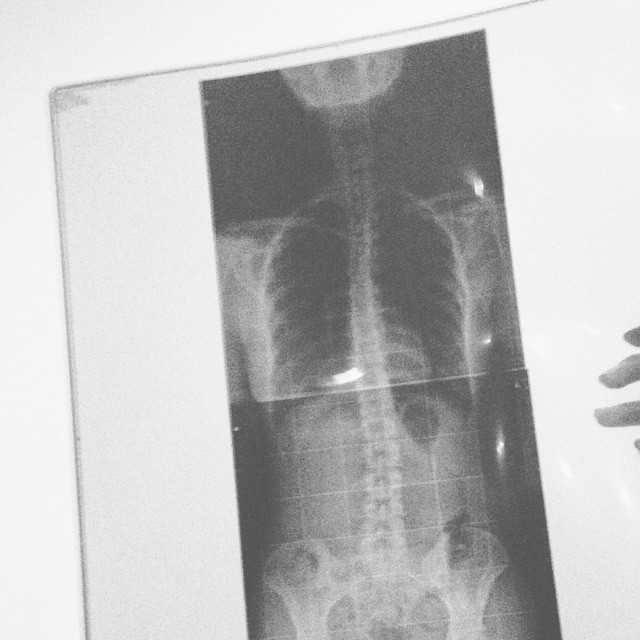 A snapshot of my thoracic dextroscoliosis

It was only until I was diagnosed with thoracic dextroscolisis a couple of years ago that I went through physical therapy not related to a sports injury. At that time, I was experiencing a recurring discomfort on my lower back and aside from discovering my upper spine was slightly curved to the right, the reason behind the discomfort was from my 9-6 desk work where I barely moved from my position, plus I have a really bad posture. To help ease the pain of my lower back, I did six sessions at Medical City to strengthen my core. There were a lot of exercises, hot compress and Interferential Current Therapy involved, but it did provide a bit of relief.

Nowadays, I still experience lower back aches due to my desk work. But after visiting Polarity Physiotherapy Center, I discovered so many new things about my body that I wish I had known sooner! 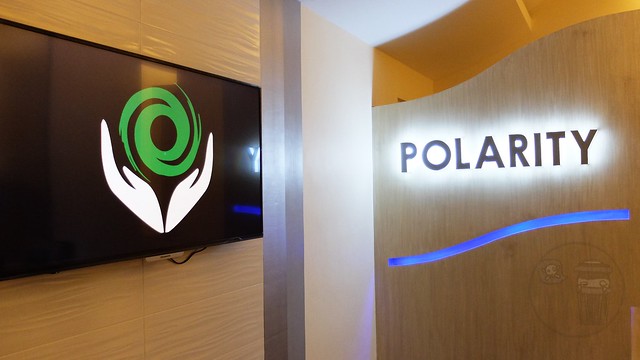 After being given a quick tour of the place, I had consultation with one of their physical therapists, Hazel. All of their physical therapists are board passers and graduates of University of Santo Tomas. Some of them are even top notchers and at the moment, most of them are taking up a 6-month course in advanced manual physiotherapy to further increase their knowledge and expertise. I was also told that the Chief PT (who happens to be one of the owners of Polarity), as well as the founding staff, are U.S. Licensed. 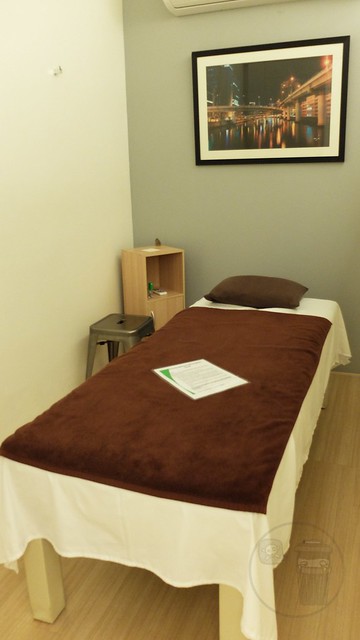 One of seven rooms in Polarity 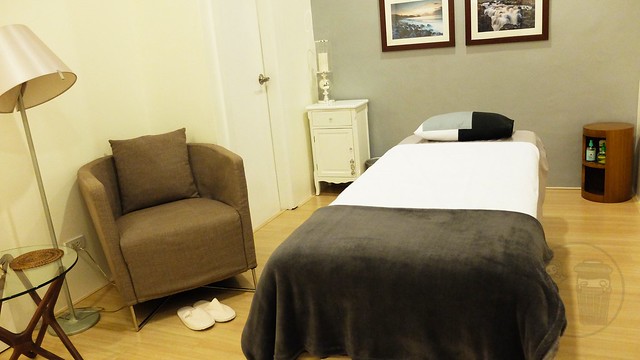 Polarity’s VIP room. Outside in the hallway, you’ll find a lot of landscape photos taken by one of the owners who happens to be a professional landscape photographer. He uses Polarity as his gallery to show case his work and if in case you like it, these are also for sale! 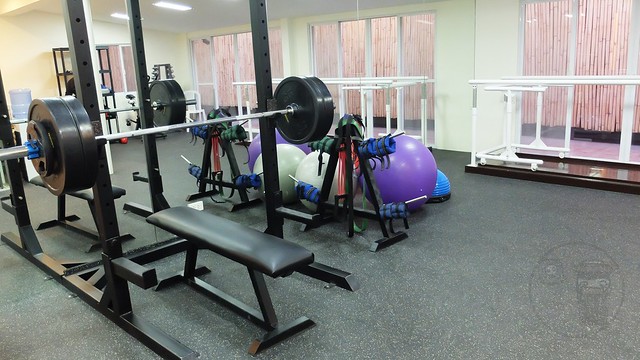 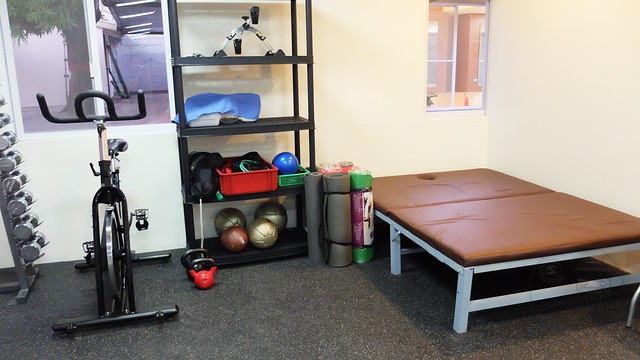 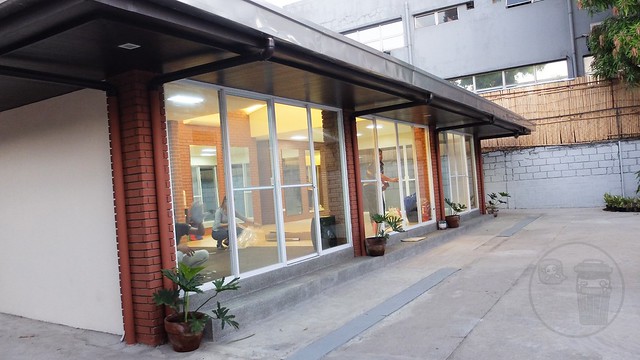 This area houses a mini gym and a studio that can accommodate yoga, zumba, and other classes. The space can be rented out for those looking to hold them in private. Meanwhile, the driveway is an area where they sometimes place artificial grass for athletes who wish to do exercises for their particular sport. 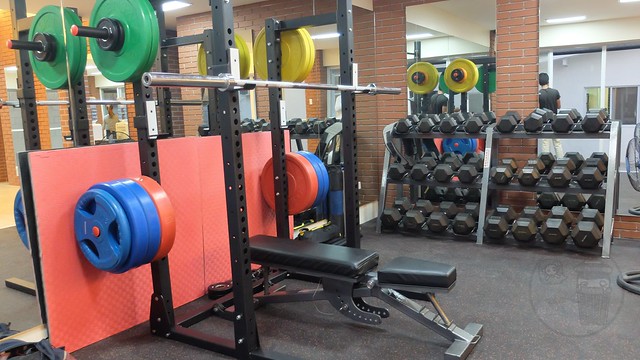 The center isn’t just for clients who are in pain or recovering from an injury, but also for those who want to train privately, or focus on specialized exercises.

Unlike hospitals and other physiotherapy centers that use machines on their clients, Polarity is the only center in Metro Manila that focuses on manual physiotherapy and offers the following services:

1. Myofascial Release (MFR) – an effective hands-on therapy which can directly change and improve the health of the fascia. The purpose of MFR is to break down scar tissue, relax the muscles and ‘myofascia,’ and restore good posture. MFR techniques focus on relaxing the deep tissue of the body, providing lasting and effective relief to the patient. It uses slow and sometimes deep pressure to restore the proper health of the fascia.

2. Physiotherapy – a science-based profession and takes a ‘whole person’ approach to health and well-being, which includes the patient’s general lifestyle. At the core is the patient’s involvement in their own care, through education, awareness, empowerment, and participation in their treatment.

I first heard about MFR from the Cupcake, who did one session at a physical therapy center in Bonifacio Global City a few years ago when he injured his knee from Ultimate. He explained that they used a machine on him to break down his scar tissues, and it hurt like crazy. This gave me an impression that my MFR session with Polarity would hurt as well, but it wasn’t painful for me, and I’ll talk about it a little later! 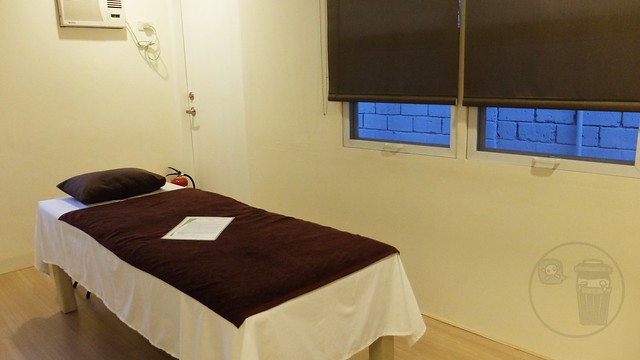 This is the room where I had my consultation and MFR session. It was very cozy!

During my consultation, I was honestly so impressed with everything I learned. It was noted that I had dextroscoliosis but Hazel also pointed out that my pelvic bone wasn’t aligned (the reason could be due to my scoliosis). As seen in the photo below, the neutral position is the ideal alignment for the pelvic bone but mine is tilted slightly upwards, with my right side more protruded than my left, which also explains why my right leg is slightly shorter than my left (even though it’s not obvious).

Coming into my session with Polarity Physiotherapy Center, I had just finished an indoor cycling class with Saddle Row Philippines, so my muscles were really tired. I also had muscle tightness on several areas, plus knots on my shoulders and neck due to too much desk work combined with my bad posture. Another thing I learned from Hazel is that when you stay in a position for too long, muscle fibers start to stick together thus causing the muscle knots.

Before I started my MFR session, I was asked to change into a gown and was made to drink water because breaking down scar tissues releases a lot of toxins that need to be flushed out. Hazel started with my lower back and pelvic area, where she pressed down on trigger points that were causing muscle tightness. The feeling is very similar to getting a deep tissue massage, but Polarity just focuses on trigger points that when addressed, results in a really light feeling all over the area. It wasn’t as painful as I thought it would be. It was the kind of tolerable pain that felt good, if that makes any sense. My favorite part was when Hazel started addressing the trigger points on my shoulders and neck because I swear, I felt light as a feather after.

Once we finished with my MFR, I drank another glass of water to flush out the toxins, then Hazel taught me a few stretches that I can do in the office to prevent muscle knots from forming on my shoulders and neck.

Overall, it was a very enlightening session and I intend to go back as my way of giving my body a break. (We all need it every once in a while.) I hope you guys picked up something from my story, because I know a lot of you work in the corporate world just like me, and I’m sure you’ve also experienced pain or discomfort where it shouldn’t be.