Our Osaka 2015 Itinerary and Estimated Expenses

This is another long overdue article, but a few weeks ago, I wrote about things to do in Osaka, Japan. This time, I wanted to focus on our itinerary and how I planned out our schedule—at the same time, you’ll see a rough estimate of how much we spent for our trip. 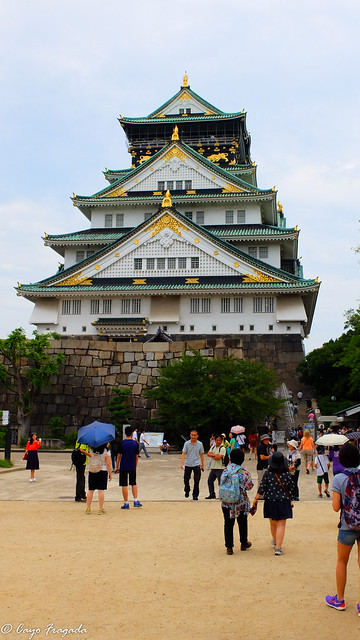 We arrived in Osaka (Kansai International Airport) on a Saturday evening, so we weren’t really able to do much. We met with our AirBnb host, Teppei, who gave us a quick introduction on our studio apartment called the Muji Apartment, before getting some much-needed sleep. 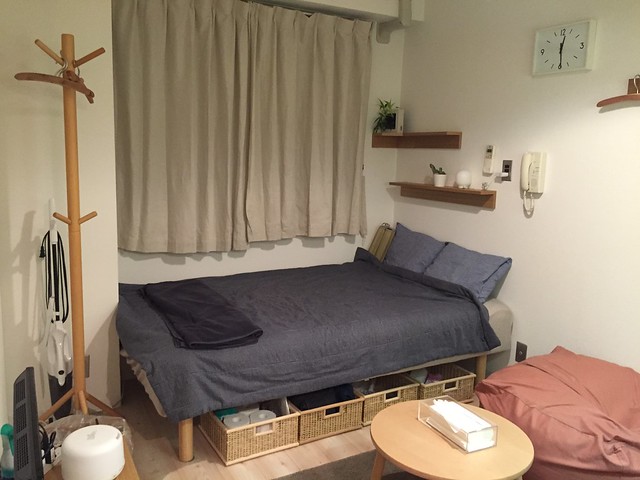 The next day, Sunday, we started with our adventure around Osaka! The first place we visited was the Osaka Castle, because it was literally a five-minute walk away from our apartment. We got to go up and went around the museum, where we learned about the history of the castle, which played a major role in the unification of Japan during the 16th century. The castle is surrounded by food trucks, so we ate breakfast here, too! 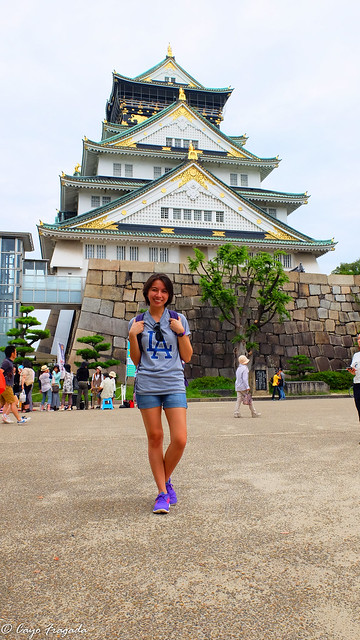 After visiting the Osaka Castle, we rode a train towards Tennoji and checked out the Shitennoji Temple, one of Japan’s oldest temples and the first ever to be built by the state. We had lunch in a nearby hole-in-a-wall restaurant (I can’t remember the name anymore), but their specialty was katsu and it was such a scrumptious meal that fueled us up for the rest of the day. 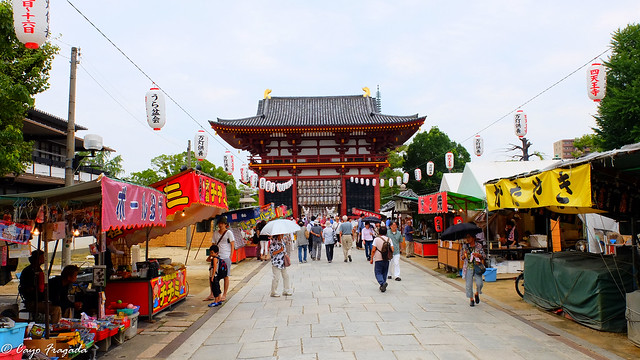 Our next stop was the Osaka Aquarium, which I enjoyed immensely! This was probably my favorite stop for the day. We also had merienda at a nearby coffee shop, and if you’re wondering how much to spend on a meal in Osaka, it’s actually not so bad. It’s not cheap, but it’s not too expensive either. On average, we probably spent Php 550 per meal (per person). 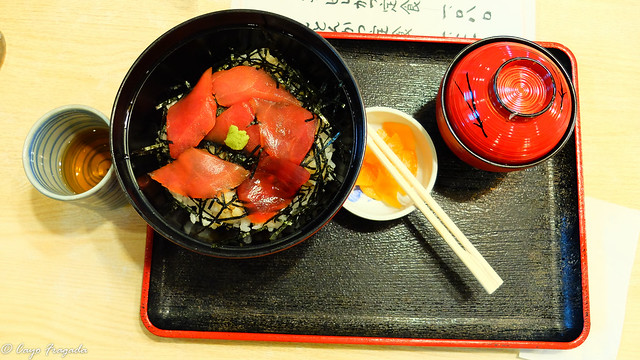 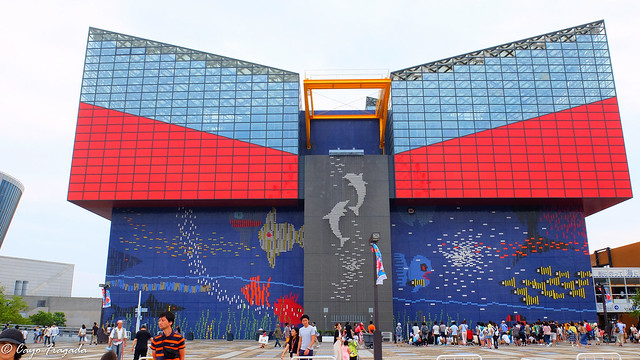 After being kids-at-heart at the Osaka Aquarium, we made our way towards Mitsui Outlet Park, where we began shopping for pasalubong. After this, we headed to Dotonburi/Namba, where I got to shop for more pasalubong at Don Quijote. We also had a feast for dinner in Dotonburi. 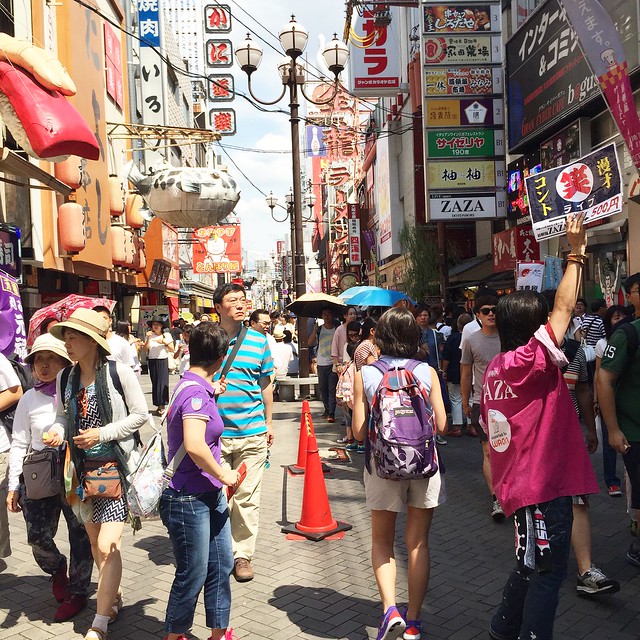 So that was our first day in Osaka, and you might think that we didn’t visit many places. Originally, I also wanted to go to the Osaka Museum of History and Osaka Tenmangu Shrine. But because we took a little longer than expected at the Osaka Castle, and getting from one place to another is no joke (it usually includes multiple train rides, changing from one train line to the next, and walking 10 to 20 minutes from the train station to our destination), we decided to remove both places from our itinerary.

Monday was our second full day in the city, but we dedicated it to Universal Studios. 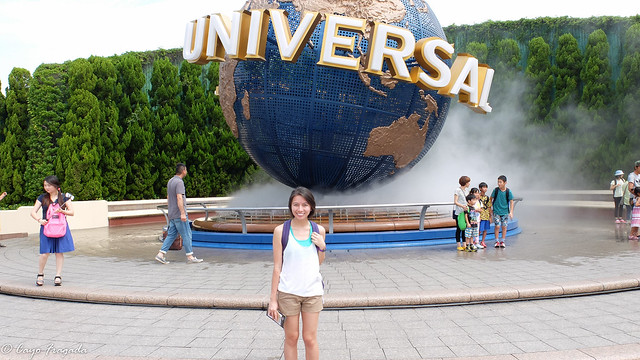 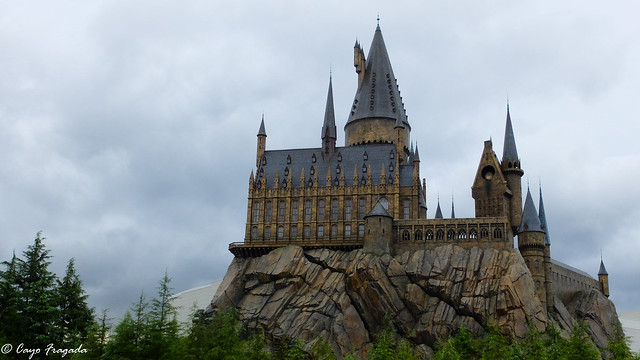 Then on Tuesday, which was our last day, we went around our area in Tanimachi in the morning before food tripping to the max in (and exploring once again) Dotonburi. We also got to see Osaka Station City, and checked out Pokemon Center Osaka (which is within Osaka Station City). Osaka Science Museum was another place we had to remove from our itinerary for that day, because we weren’t sure how long it would take us to get there and go around (given we had to leave for our flight at 4pm). But instead of Osaka Science Museum, we visited Yodobashi-Umeda (near Osaka Station City) where the Cupcake got to enjoy looking at all kinds of gadgets.

And that’s our Osaka itinerary! If you ask me, I think three full days is super bitin because I wanted to visit and eat in so many places! Not to mention, we even considered taking a 45-minute train ride to Kyoto and spend one day there. Sadly, time wasn’t on our side and we couldn’t extend our trip. So if you’re planning to visit Osaka and are putting together your itinerary, consider what it is that you really want to see, taste, and experience. For us, we wanted a bit of everything—experience their culture, go shopping, food trip like crazy (we didn’t want to leave Osaka without tasting different types of Japanese cuisine), and of course, visit Harry Potter World. But there are so many other things you can do! The city is just rich with places to explore. It’s still my favorite place out of all the countries and cities I’ve been to. There’s just something about Osaka that feels like home.

For those asking, here’s a rough estimate of our expenses. I no longer included shopping, food and miscellaneous expenses, and focused on the more standardized stuff like airplane ticket, lodging, transportation, and entrance fees. Also, I’m pretty sure there are other travelers out there who were able to spend less in Osaka, but the Cupcake and I wanted to enjoy the city to the fullest so we didn’t want to be too conscious about prices. What we did was just budget our money according to where we wanted to spend it on.

DISCLAIMER: Prices may change depending on the exchange rate and season, but hopefully this gives you an idea of how much you’ll be spending.

If you have any questions, feel free to post a comment below! But that’s basically our Osaka 2015 itinerary and estimated expenses. Hope you guys were able to get some insights from this article. I honestly recommend visiting Osaka soon. It’s hailed as the safest city in the world, and the place and people are just beautiful.