Two months after our wedding, and I must admit—I still feel the high. I haven’t stopped replaying the day over and over in my head—which explains putting all my IG stories in a couple of Instagram highlights, and writing a complete account of all the details, stories, and suppliers of that special day. 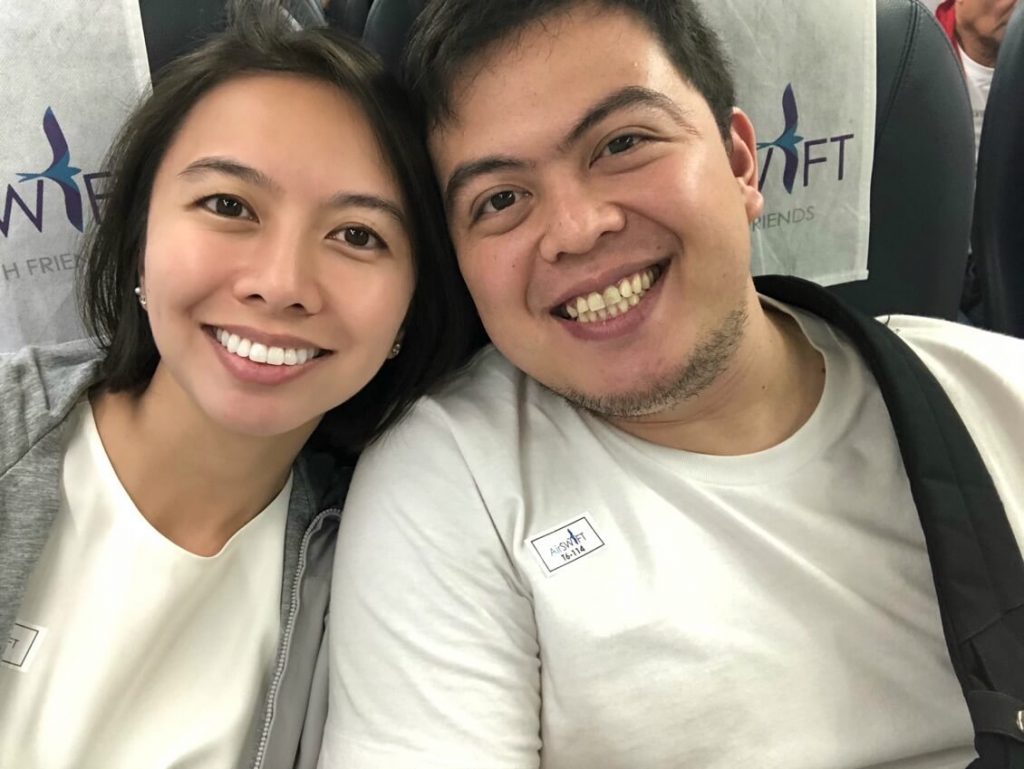 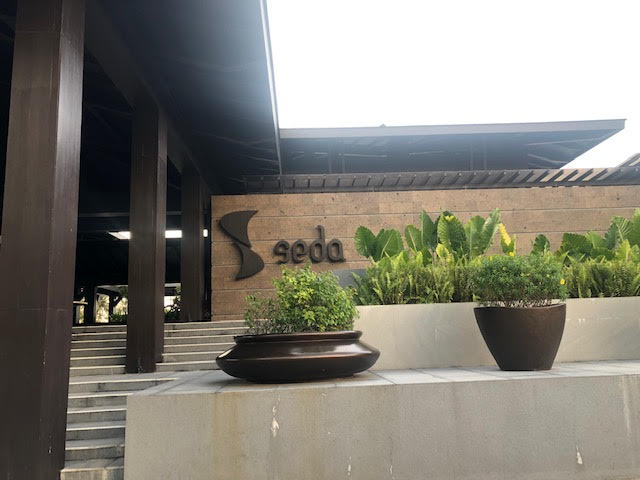 We booked our direct flight to Lio through AirSwift, which I highly recommend rather than going through the tedious expedition of landing in Puerto Princesa and putting up with hours of various transportation to get to Lio. Our flight departed at about six in the morning on September 27 (Friday), and I’m happy to report that it was on time! The trip took an hour, and as soon as we arrived in Lio’s very cute, tropical-inspired airport, a couple of staff from Seda Lio were already waiting to bring us to the resort, which was a 5-minute drive away.

Seda Lio was a lot bigger than I imagined, but it was also very quiet and peaceful. Check-in was smooth, and as expected, their receptionists were hospitable and eager to help! They answered all our questions regarding tour packages of their partner agency, which we booked through them as well. They highly recommended Tours A and C, which were around P1,500 per person (not yet including environmental fees). Seeing that tours take up almost the entire day, we scheduled Tour A for Saturday and Tour C on Sunday. After booking the tours, we then made a reservation for a massage for two at Seda Lio’s spa.

Because we arrived in Seda Lio at about eight in the morning, we took our time having breakfast and enjoying the scenery. We also explored Lio Tourism Estate and discovered restaurant options, boutique hotels, and a few shops! It reminded me a bit of Boracay’s D Mall, but cleaner, spacious, and more serene. 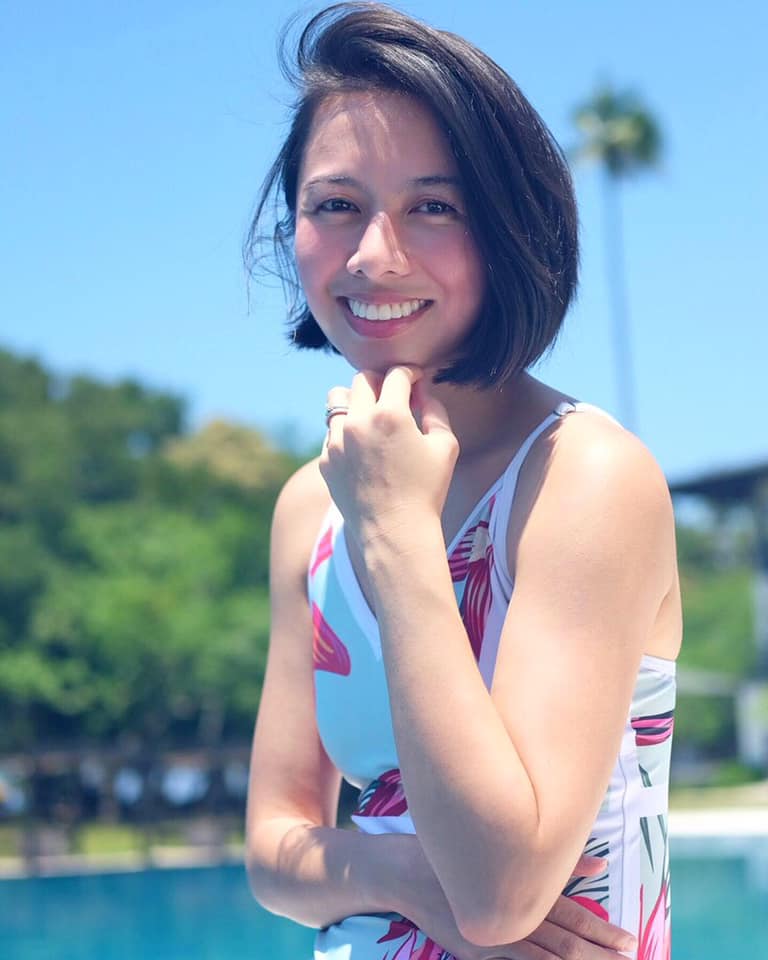 Took advantage of the fact that the Cupcake brought his camera, so I made him take pictures of my new haircut! Hahaha! 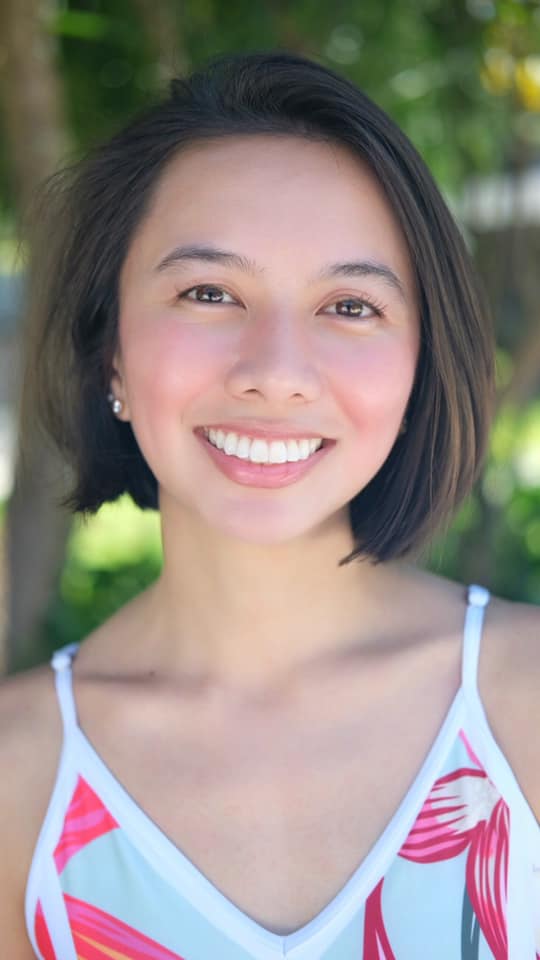 After walking around for a bit, we went swimming in Seda Lio’s massive pool that overlooks the beach. I had so much fun having it all to ourselves, so I took advantage and swam a few laps! Since we were still so full from our hefty breakfast, we just had fruit shakes by the pool. We spent the rest of the afternoon taking a nap, before having dinner in the Pool Bar, which is said to be guests’ favorite hangout spot.

The following day after breakfast, we were picked up by the tour agency for our first adventure! We rode a coaster that brought us to the town area, which was around 15 to 20 minutes away, then walked to the beachfront where several boats were parked, and rode one along with fellow Tour A travelers (we were about 15). We went snorkelling in Seven Commando Beach, had a scrumptious lunch in Entalula Island (prepared by our awesome local tour guides), entered the Secret Lagoon, and went kayaking in the Big Lagoon. 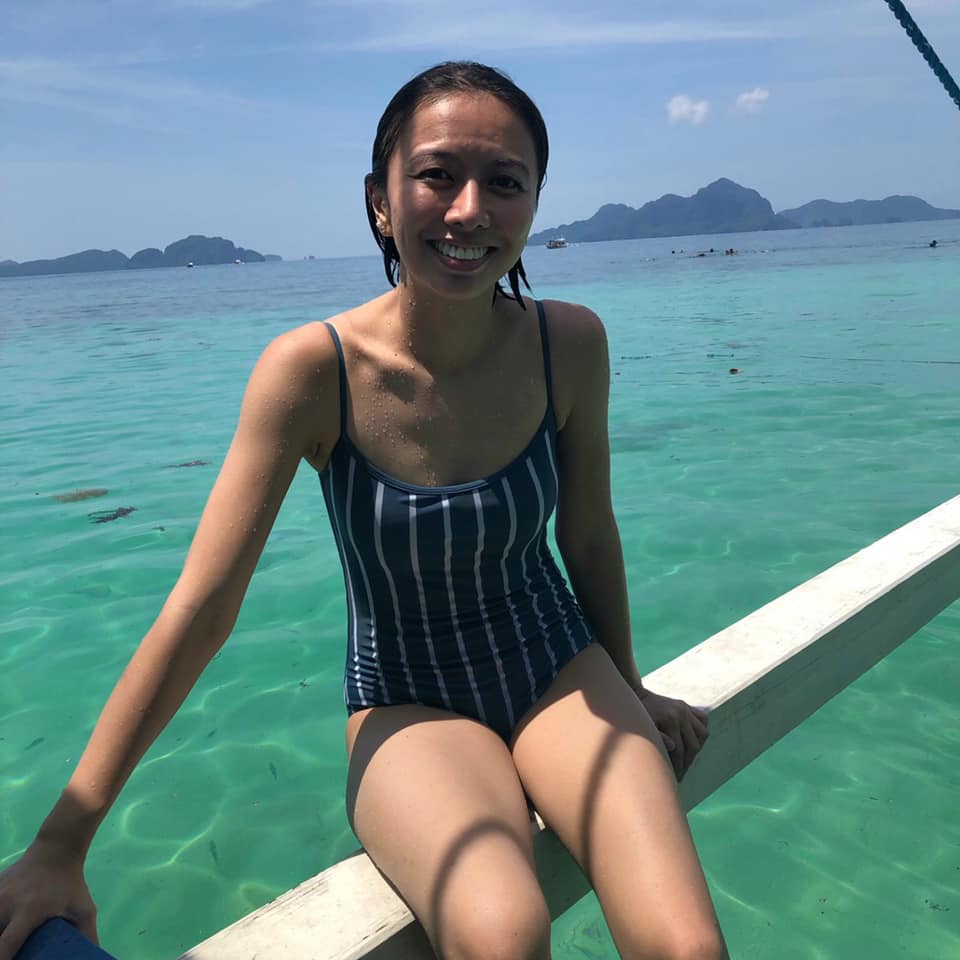 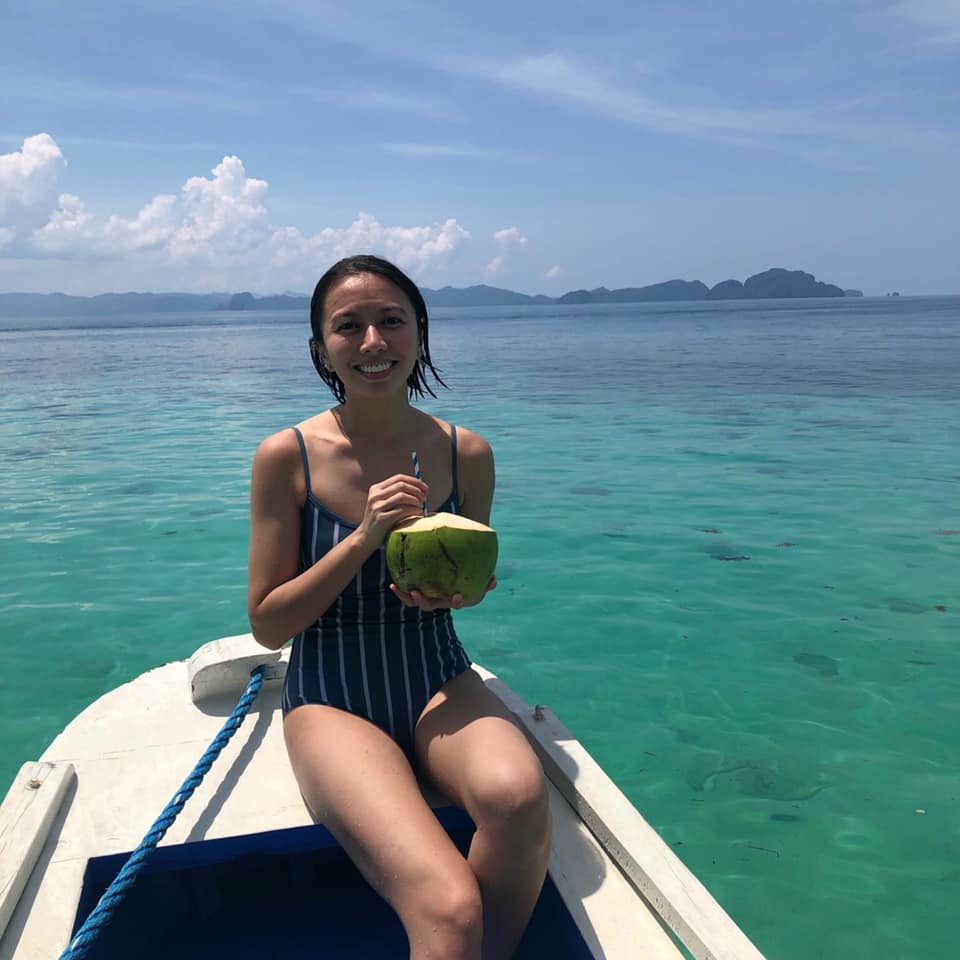 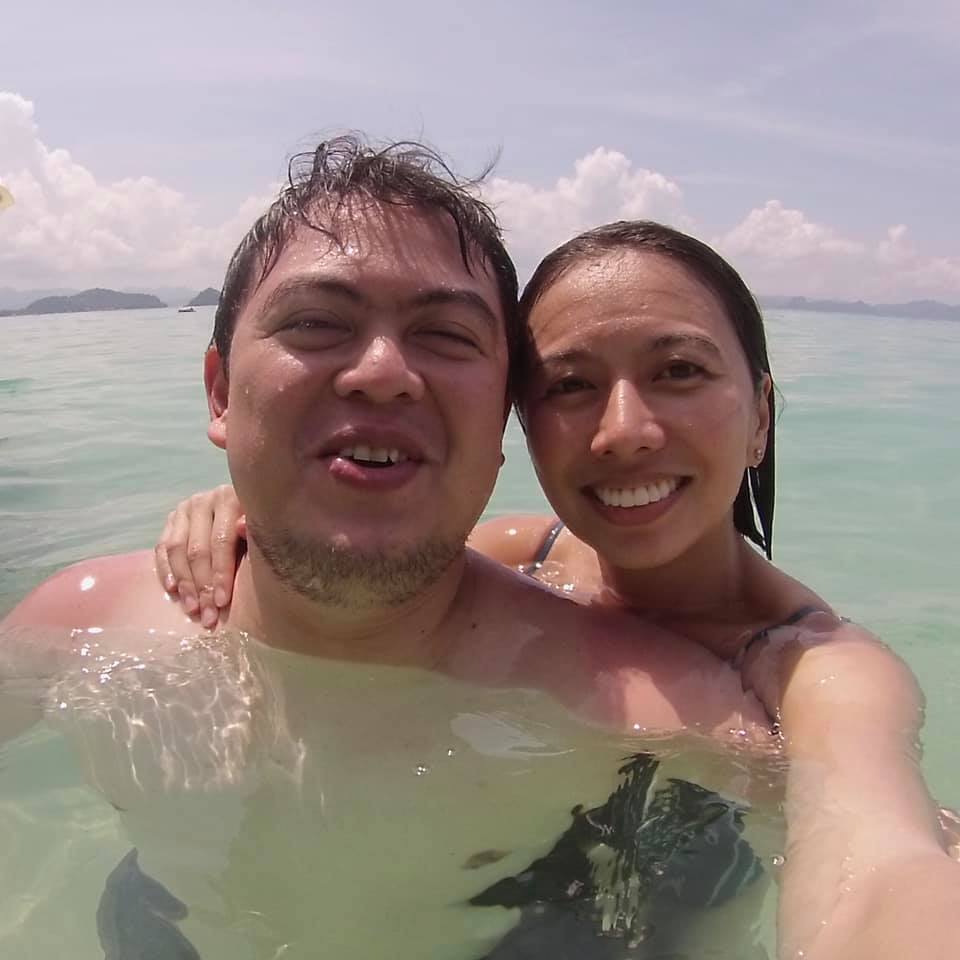 We got back to Seda Lio a little past 4pm, where we still had time to swim in the pool. Later that night, we were able to meet and have dinner with an Ultimate Frisbee friend who incidentally is based in Lio Estate: Dra. Jerika Dahino, who manages El Nidogs (go follow them on Facebook and Instagram!). Her stories were so fun to listen to—especially about life in El Nido, and the adorable doggos she fosters.

Meet Artisano, one of the ElNidogs!

The next day, we left for Tour C around the same time after breakfast. It was just as fun and as adventure-filled as Tour A. We swam and snorkelled in Helicopter Island, enjoyed the tranquil waters of Hidden Beach, had another delicious lunch prepared by the same tour guides in Matinloc, went inside the Secret Beach, and were mesmerized by the beautiful coral reefs in Tapuitan Island.

We were back in Seda Lio in time for a complimentary merienda in our room, and an Ateneo-UP basketball game that the Cupcake wanted to catch.

That night, the Cupcake booked a romantic 5-course dinner by the beach before we went to the spa for our pampering session. It was definitely the perfect way to end a fun-filled, two-day adventure in El Nido.

Our flight was scheduled on Monday, September 30 (a day before the Cupcake’s birthday). Since departure was at 12:25pm and the airport was just five minutes away, we didn’t have to wake up early. We took our time eating breakfast, packing up, and getting ready. At 11am, the resort’s van brought us to the airport, where we didn’t have to wait too long until our flight.

Despite an entire weekend of adventure, I wasn’t tired at all. In fact, it felt bitin! I wanted to see more of El Nido, and it makes me want to plan a trip again soon, so that I can complete the rest of the tours and see what other gems they have. Aside from the hospitality of their people (before we left, our favorite waiter in Seda Lio, Rowel, gifted us with coconut palm leaf hats that he made himself!), what I really admire is how much they put importance in the environment and how they value sustainability. From the stories that Dra. Jerika shared about how they take such good care of the animals (especially the sea turtles!), to how Seda segregates trash inside rooms (our trash cans had instructions/a guide), to how we didn’t have bottled plastic water in our room but a tall glass pitcher that we could request to refill instead, to how the shampoo and body wash were in a dispenser mounted to the shower wall (in place of having mini plastic bottles on the sink). It was truly admirable, and I hope that this same practice can be applied in hotels and establishments here in Metro Manila.

So that’s it for our mini-moon in Seda Lio, El Nido, Palawan! Have you guys been to El Nido? What tours did you book? What was your trip like? I’d love to hear about it in the comments!