One of the biggest challenges I’m currently facing is adjusting back into the corporate world. Some of you might be a little familiar with this already but for those who just tuned into my blog for the first time, let me give you a quick back story.

2017 is all about embracing the unknown, and letting life surprise me. After two years with Glamourbox (four, if you count the time I worked freelance as a writer), it's a bittersweet feeling to be saying goodbye. It was a tough decision I thought about early 2016, and while I love what I do (despite the crazy stressful days and exhaustion) and who I do it with (seriously, the GB family is the greatest and most hardworking people you will ever meet), it's time to move forward to pursue passion projects and make my other dreams come true (No, I'm not talking about Wrestlemania or Wizarding World.) So yeah. For the first time in my life, I have no plan. It's insane, and so out of character, and to be honest, it sometimes wakes me up in the middle of the night, giving me anxiety. But at the same time, I've never felt so invigorated. Having no plan means I can do just about anything I want, and the possibilities are endless. It's time to step out of my shell, be more assertive, welcome the independence, and work a hundred times as hard to make the worthwhile things fly. 2017 will be scary, but straight fiyaaah epic! On a semi-related note, if you guys are looking for the best kesong puti in the world, need a makeup artist, or someone to write copies and articles, feel free to message. : @mazinquotes #qotd #inspiration

I worked for a start-up makeup distribution company as Marketing Manager for two years from 2014 to 2016. It was a very fun job where I learned so much, but because we were such a lean team of less than ten employees, it got to a point where I had to wear different hats at the same time and I felt like the quality of my work kept deteriorating the more roles I had to fill in. I still loved the company and the people though (especially the people!), and it was just so fulfilling to be in an industry very close to my heart (and this blog, of course). But because of the stress and anxiety, I became very sickly and so towards the end of 2016, I decided to resign from my position and just take a break from the corporate world for a while.

They say traveling alone is "the scariest, most liberating, life-changing experience of your life" and that you should "try it at least once." Well, here goes nothing. Byebye for now, Manila! ✈️ ‍♂️⚡️#NoInstagramBoyfriendNoProblem #SpotMyTravelBuddy #GretasJunkyardAdventures

Being unemployed allowed me to focus more on producing articles for Greta’s Junkyard, attending events I never really had the time for, and even practicing my makeup artistry. The most exciting thing to happen was when I flew to the States without any concrete itinerary, and traveled alone for the very first time in my life. I explored cities like Los Angeles, Orlando, San Francisco, and Las Vegas, pushed myself out of my comfort zone, felt so scared yet thrilled at the same time, and just learned more about my strengths and weaknesses as a person. I was there for a solid two months, before I decided to fly back home.

It was a little after a month when I received word of a position that opened at my current company. Aside from admiring this company from a far for a while now, the position that opened was a role I had always imagined myself doing especially when I was still studying my major in Creative Writing. My dream (having watched The Devil Wears Prada at least a hundred times since it was released) was always to work as an Editor-in-Chief for a publication—and with my role now, it’s actually the closest it can get to that dream (minus the mean, evil part of Miranda).

Left corporate, travelled alone and learned more about myself, fulfilled dreams, stepped out of comfort zones, and felt lost and afraid along the way–but that's one chapter I'm closing because the Universe has its way of letting things fall into place, and my 7-month funemployment ends today, as I enter the work force again with an exciting role that's more in line with my passion for writing and something that I always imagined myself doing way back when I was still a little girl in school. Hello from @calyxtabeauty's new Managing Editor! ‍

But landing the dream job (if I can call it that) also resulted in a huge adjustment for my body. It’s only been a couple of months, but because of the work load in the office, the work load of my blog, the work load of being a freelance makeup artist, not to mention attending a series of beauty events these last few weeks PLUS participating in Ultimate frisbee tournaments again after years of being inactive, my body hasn’t been able to keep up with everything that was happening.

Hoping I get my immune system and normal weight back so I can resume playing. Meanwhile, I'll just keep watching #TeamCatch13 highlights from #WengmanCup2017. Really thought that dive/layout at the end felt graceful–but it looks like I just tripped and fell. I remember that being really painful, too.

So my immune system crashed and in less than a month, I lost eight pounds (From 109 lbs., I’m now down to 101 lbs.). As I type this, I’m actually suffering from a cold, a really bad cough, and possibly a fever. And it’s in moments like these that I’m reminded to take better care of myself and that as much as I want to try, I’m not a super human. I’ve begun by eating more and eating better, remembering to take my Fern-C (which has been crucial in my recovery), and getting more sleep. I’m positive that I’ll get my strength and immune system back in no time but for now, I’ll just take it one day at a time. Sa Fern-C, tiwala ako na kaya ko. 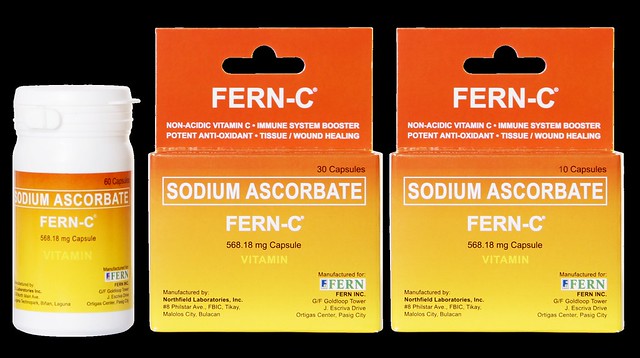