My friend and teammate from ultimate, Ian, featured me on his blog early this year because it was the same time I was about to launch my chapbook along with the rest of the Creative Writing majors and minors of Ateneo de Manila University. It was a really fun photo shoot despite how awkward I got, and how difficult it must have been for him to direct me. But it was a really memorable experience because he was able to capture Greta’s Junkyard in her element—the attic.

I did a portrait shoot of my friend Gretchen

When she told us she was publishing a chapbook, I got curious about this shy little girl

I’m from Quezon City, and I just graduated last October 2012 from Ateneo with a degree in Creative Writing. (Although I’m still waiting to march on March 2013.) I started working as a copywriter and marketing assistant at Crazy Monkeys Design Studio, and I also write freelance for WhenInManila.com and Glamourbox.

When did you start writing? Who do you write for? Who’s your audience?

Writing was always something I loved to do, even as a little girl. So as early as kindergarten, I’d be writing silly poems about nature, my favorite toys, the people I loved—anything under the sun really. And I’d give these poems to my mom, dad, Lola, Lolo, Titos and Titas. I think it was in the 7th grade when I was so obsessed about WWE and was starting to get crazy about Harry Potter that I began writing my own fanfiction on the wrestlers/characters I loved to ship—which eventually led to writing original work. I don’t really write for a particular audience. I write because I want to. Because I can create my own world. Because I can take people, events and moments—and manipulate them in such a way that appeals to me. It’s a bit escapist, but I love the feeling of holding my pen and draft notebook, or sitting in front of my laptop, and knowing I can do anything or be anything. 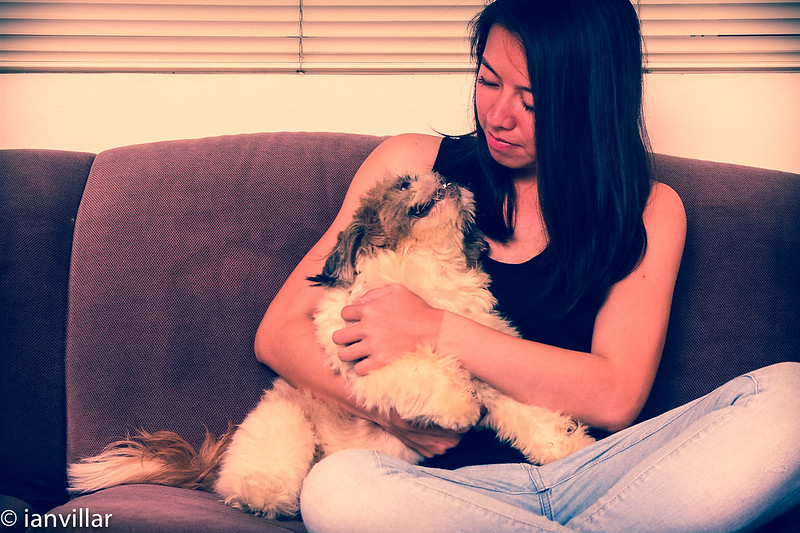 Describe your writing process: What do you do when you have a writer’s block?

I love writing at night or in the wee hours of the morning. There’s just something about the mood and the silence that gets the creative juices flowing. I also always bring a pen and my little draft notebook with me. So anywhere I go, when an idea sparks or I think of something as simple as a one-liner I can use for a character, I can jot it down. I think the best way to avoid writer’s block is to live, and I mean to really live. Heighten your senses. Feel things completely. Step outside your comfort zone. With me, I grew up in a very sheltered environment—my parents  are still overprotective, I studied in an all-girl private school, and even in college I was quite spoon-fed. It’s only now that I’m really getting to experience life outside the box—because of people in ultimate and climbing. I also think that reading, and reading a lot, is a good way to evade getting stuck in a rut.

What made you publish this chapbook? Do your friends and family look at you differently now that they’ve read it?

It’s always been one of my dreams to publish a novel. So when my block mates were thinking about publishing a series of chapbooks to give us more exposure and allow a wider range of readers, I was definitely in on the idea. It probably sounds contradicting, but I’m a little shy to let people read my work. There are only a select few that I actually show my work to (aside from professors and workshop classes). Publishing the chapbook helped me get rid of that wariness. I’m actually not sure if my family and friends look at me differently now. Maybe! Haha. Especially those who didn’t think I was capable of such twisted plots.

Describe your book in three words.

Now describe it in one.

I hear you’re a Potterhead. Do you despise Twihards?

No, not really. I’ve never read the books though—just watched all the movies. My cousin, who hates reading, actually read the series. So I don’t see the point of despising something that encourages more people to read.

What else do you enjoy reading?

I’m a huge, huge fan of Megan McCafferty’s the Sloppy Firsts series. That’s actually where I got the quote, “My thoughts create my world.” Right now, I’m reading The Memory Keeper’s Daughter by Kim Edwards. I’ve got about twelve more books in my reading list, including The Graveyard Book by Neil Gaiman, Kafka on the Shore by Haruki Murakami, and The Fault in Our Stars by John Green.

Book Reread the Most Times: The Little Prince

Who is your movie crush? Can’t decide between Joseph Gordon-Levitt and Tom Hardy

3 Things You Take With You Before You Leave the House: Cellphone, wallet, draft notebook

Books for Breakfast Get a chance to win a brand new touch laptop from ASUS Philippines!