Let’s take a break from WWE and makeup for a while to talk about another dream come true—attending the Yule Ball with the Cupcake dressed as Hermione Granger and Viktor Krum. 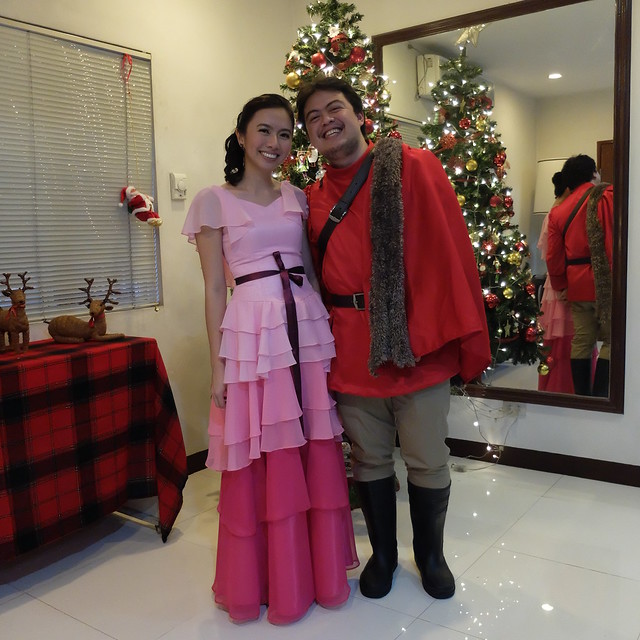 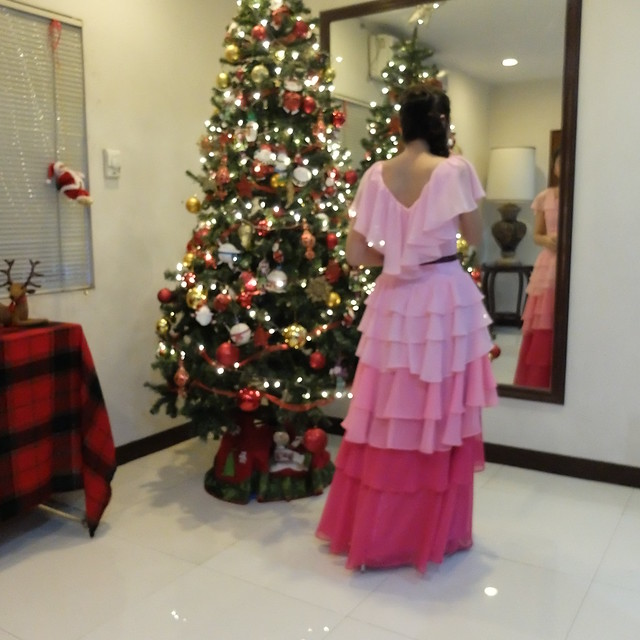 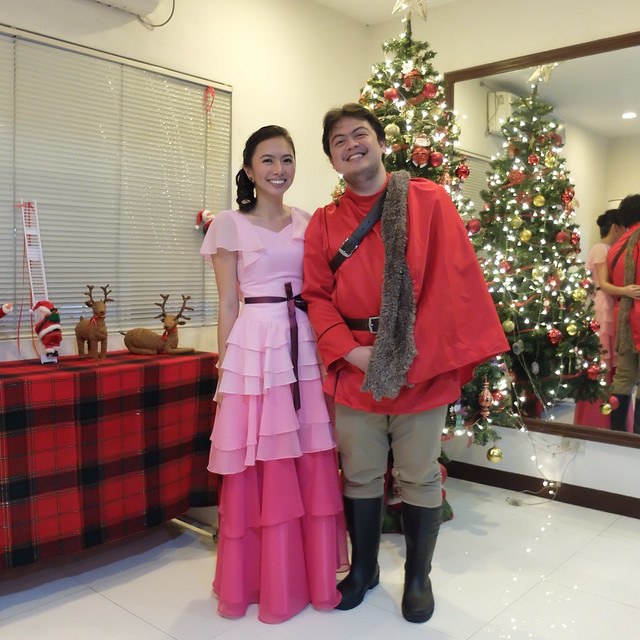 It was an event that I’ve been looking forward to attending since I registered last August. I came across a poster by Portkey Events on Facebook, and I knew without a doubt that I had to sign up. 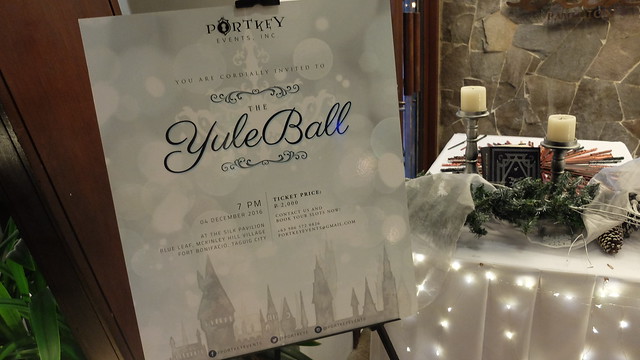 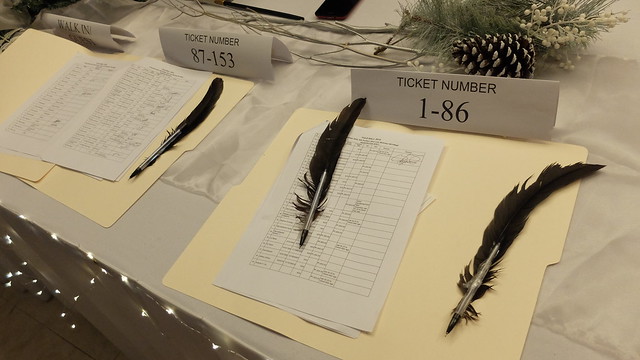 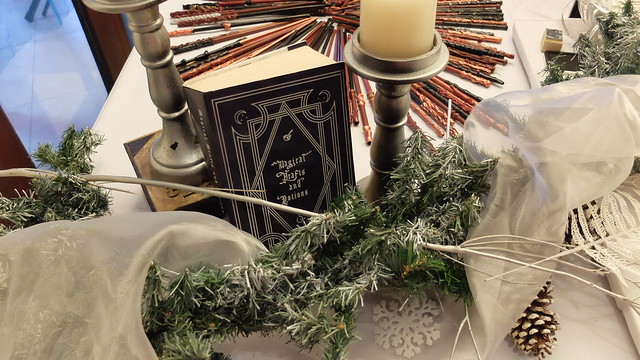 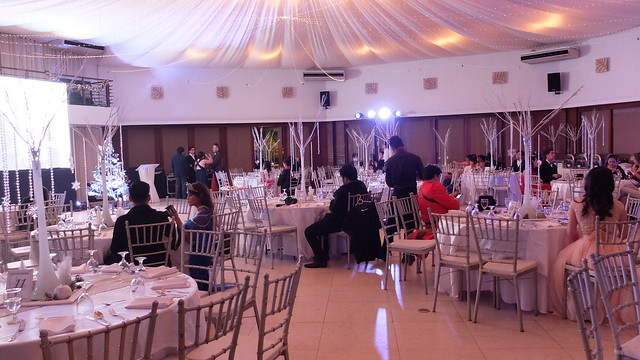 As to what I was going to wear, there was really no other option but Hermione Granger. So it was weeks of finding the right material, going to our suki seamstress to have it made, and getting the perfect gown to wear for the evening. The Cupcake told me that whatever he was going to wear was up to me—and I honestly considered a few options for him, including Draco Malfoy, Ron Weasley, and Viktor Krum. 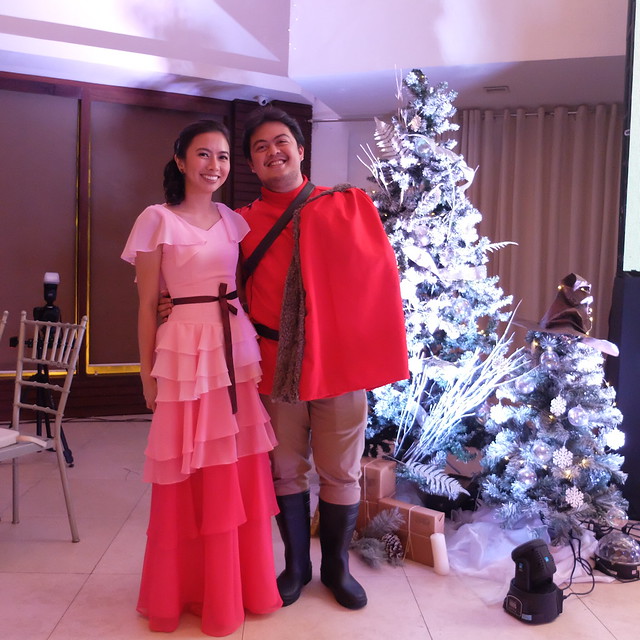 In the end, I went with Viktor because as much as I love Draco and even if Hermione ended up with Ron, Viktor was Hermione’s date so it was only natural that the Cupcake went as him. Besides, I felt like Draco’s dress robes were too “muggle” and Ron’s were too bizarre (wouldn’t want the Cupcake to look like Great Aunt Tessie). Thankfully, with the right materials, we were able to get Viktor Krum’s dress robes right, too! 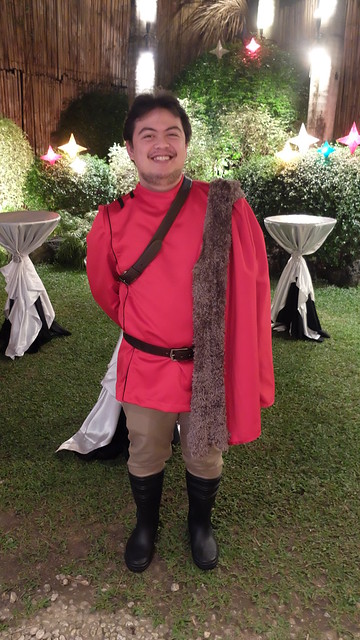 The Yule Ball was held last December 4 at the Silk Pavilion of Blue Leaf Events Place in McKinley Hill. It was organized by Portkey Events, whose founders are also avid Potterheads like me. In fact, just a year ago, the group didn’t even know each other until a mutual friend introduced them—and it was their love for Harry Potter that brought them together.

I had a lot of time to prepare the afternoon before the ball, and though my hair wasn’t as long as Hermione’s, my stylist was able to improvise! Thanks to my grandmother who had similar earrings as the one Hermione wore, my jewelry complemented my gown perfectly, and I kept my makeup minimal just like Hermione’s look.

The ball was basically an evening of food, trivia, getting to know other Harry Potter fans, and dancing—lots of dancing! Portkey provided us each with a Dance Card upon registration, and each card had five slots that guests had to fill up by going around and asking people if they can share a dance. It was a cute concept that definitely brought the Cupcake and I outside our comfort zones, considering how we sort of have our own world. Haha!

All in all, it was a really fun night and I’m so happy my dream of attending the Yule Ball came true. What do you guys think of me and the Cupcake as Hermione and Viktor?

To know more about Portkey Events, you can check out their website here. To view more photos, visit Jaypee Maristaza’s Facebook page here.