The first time I tried Relish At Ponte in Salcedo Village, Makati was actually during the launch of Glamourbox in November 2012 where we held an intimate event for beauty bloggers. That time, the menu was more for a tea party setting and we enjoyed scones, little sandwiches, and other pica-pica. 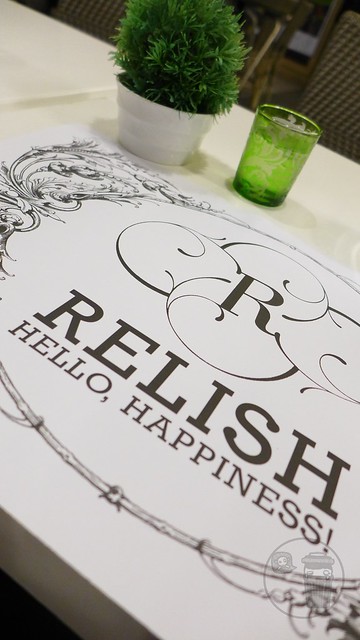 The second time I dined there was in 2013. I was with good friends, Yelle, Jamel, and Jacq—and that time I was able to try a wider array of dishes. I loved them so much that I featured them in my article on five restaurants to try in Salcedo Village, Makati.

I never really got the chance to fully review the restaurant but after having dinner there last week with the Cupcake, I decided to finally feature a few of their best-selling dishes. We ordered their New England Clam Chowder (Php 220), Relish Roasted Chicken with garlic, lemon and oregano (Php 395), and Hickory Smoked BBQ Pork Belly (Php 395). 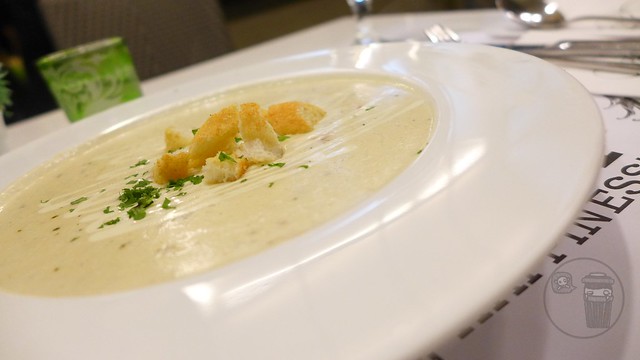 Lately, I’ve acquired a fondness for clam chowder and every time it appears on the menu of a restaurant, I tend to order it and compare it to the clam chowder of S&R which I actually think is pretty good. It’s thick, creamy, and full of flavor! Just the way I like it. Relish At Ponte’s New England Clam Chowder is one for the books because it actually made me forget how good the one in S&R is. I wouldn’t mind spending Php 220 for a bowl of this delicious delicacy.

The Relish Roasted Chicken is actually a dish I’ve been longing for since the last time I went there in 2013. It’s a half chicken marinated in garlic cloves, oregano, and infused in lemon. It also comes with their special aoil. That evening, my chicken was roasted to perfection. I chose mashed potatoes for my side dish, and I was pleased that the creamy texture was flavored on-point and was accentuated well by the toasted garlic it was topped with. The two sauces (let’s call one lemon and the other sour cream) complemented the chicken incredibly well. The Cupcake and I couldn’t decide which sauce was better—both were completely different from the other yet both were so delicious! I also think one can’t really go without the other, because after too much of the lemon sauce, you’re going to want to wash out your palate by trying the other—and vice versa. I believe the sauces are the stars of the dish, or at least what make the Relish Roasted Chicken one of their best sellers.

After having my fill of the chicken, I had little appetite left for the pork belly but the few bites I had of it impressed me. It’s a good mix of sweet and smokey, and the herb mushroom rice balanced the strong flavors nicely.

I’m pretty sure I’ll be visiting Relish At Ponte again, now that I’m back to working in Makati and that the Cupcake’s office is a walk away from the restaurant. Not to mention, the company that Cupcake works for just loves getting Relish as their caterer. I’m actually thinking of getting their party platters for my birthday this year, too!

A Review on Milky and Sunny in Kapitolyo Body Coffee Australia