It’s always exciting for me whenever I receive health and fitness-related invites because growing up an athlete, my body always looks for that burn and I really do try my best to stay in shape even though I don’t compete in softball or Ultimate anymore. Attending the Fitness First event in their SM Aura Premier branch last week was no different, and all the more I was intrigued when I found out that it was to launch the first ever Indoor Triathlon Facility in the country.

Congratulations to @fitnessfirst_ph for launching the first ever Indoor Triathlon Facility in the country! It provides a safer and more premium environment for both members and non-members to train for triathlons (will talk more about it soon on #GretasJunkyard.com). Witnessed an indoor #triathlon competition today between members of the National Team vs. members of the Fitness First Team and it was so much fun to watch! Looking forward to working out and enjoying five-star facilities these next few months with Fitness First Platinum! 😍 #FitnessFirst #FitnessFirstPH #FitnessFirstPlatinum #IndoorTriathlon

When it comes to premium gyms and fitness centers with top-level facilities, the first place that comes to mind has always been Fitness First. Maybe I’m a little biased because I’ve never tried working out in any other gym except Fitness First, but I really do get impressed with their equipment, amenities, and services. 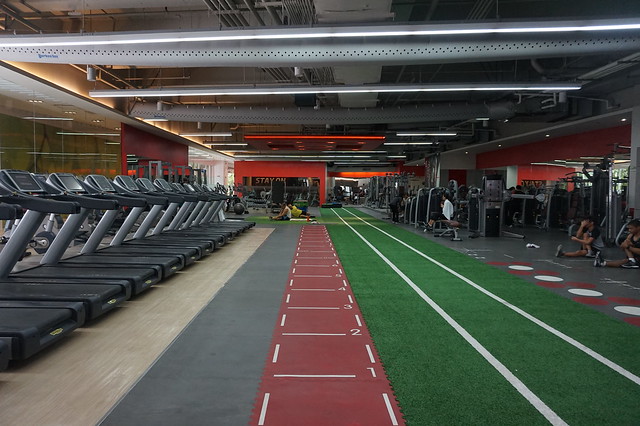 Their Multi Sports Zone in SM Aura Premier is a clear testament of how their gym has evolved throughout the years, as athletes (myself included) and fitness enthusiasts who wish to take cover from the heat or rain have been provided with a spectacular space to swim, bike and run. 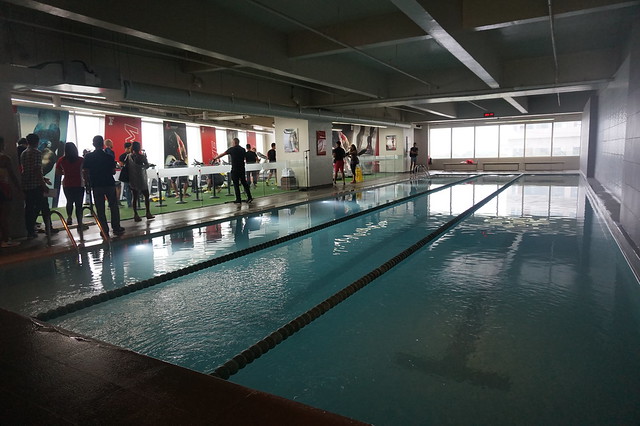 The event also highlighted the new Indoor Triathlon program, where the company invested in top-of-the-line equipment and boasts a lineup of well-trained coaches to execute the program in a safe and simulated environment. It’s very timely, too—considering triathlon has been one of the fastest growing sports in the country (a lot of my Ultimate and non-Ultimate friends are so into it).

Fitness First Philippines’ Country Manager, Mark Ellis, shares that experienced triathletes, triathlon coaches, and even beginners can benefit from the program as it aims to train, strengthen and advance your triathlon skills, no matter what fitness level you’re in. 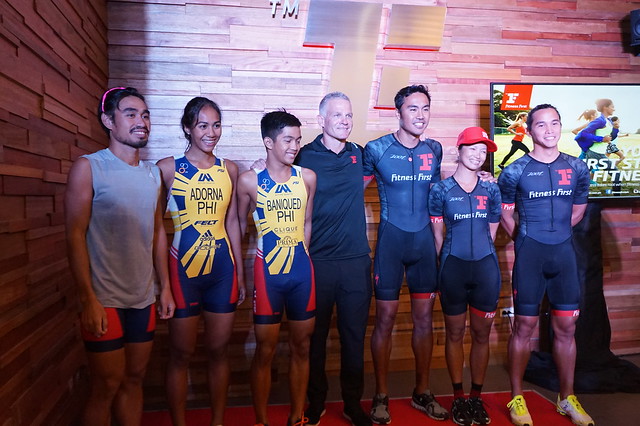 If you’re training for an incoming triathlon event, it’s the perfect training ground since the facilities are of world-class standard. At the same time, if you’re a beginner who wants to try it out, you’re provided a perfectly safe environment where you can slowly build your skills and confidence. The space can be maximized in a structured group event or as an individual activity.

During the launch, we were able to witness a shortened version of an actual Indoor Triathlon competition between members of Fitness First and members of the National Triathlon team. It involved swimming in the 3-lane, 4-meter pool, biking on the stationary bike, and then transitioning into the treadmill for a run. All distances were tallied and winners were determined based on the overall distance measured across the three disciplines. 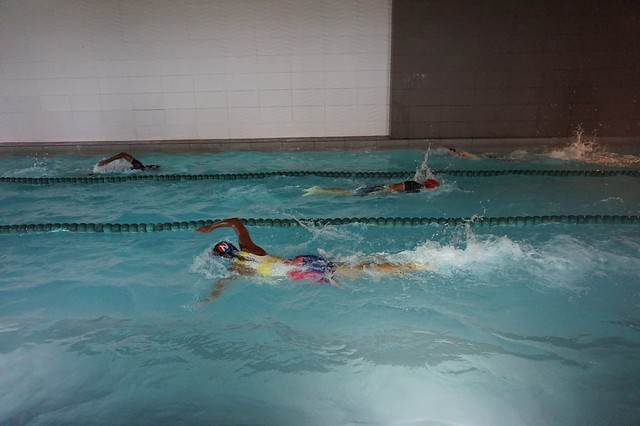 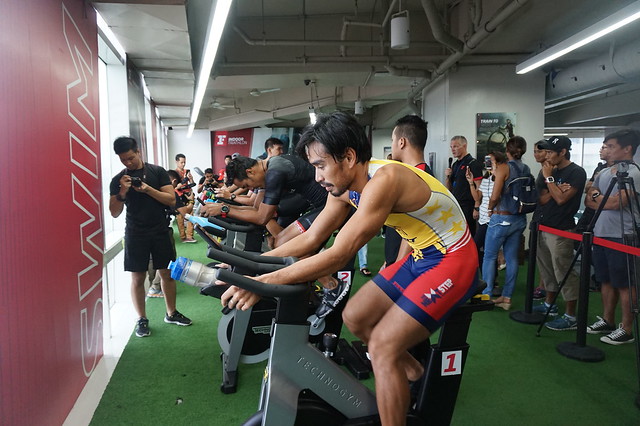 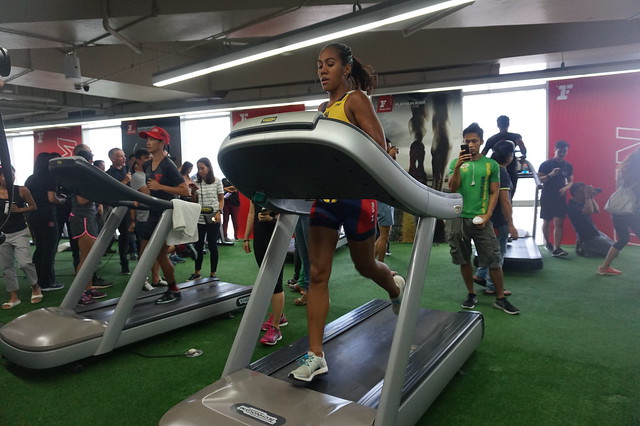 It was so much fun to watch, and I found myself cheering hard for the female contestants! After the competition, I was even inspired to maybe try out the facility and see how I can fare. 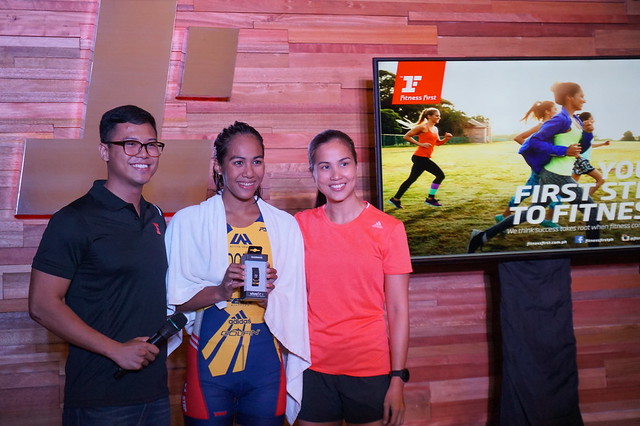 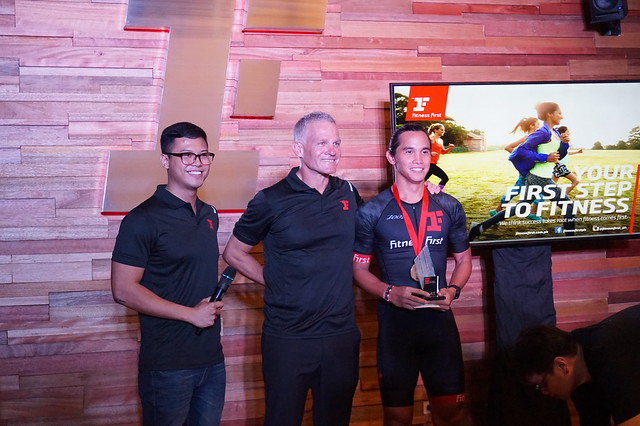 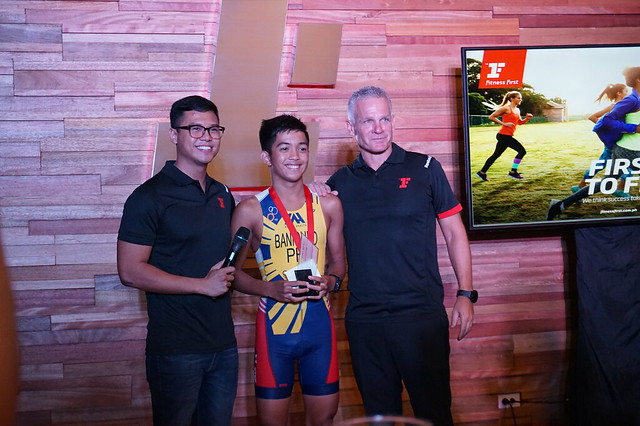