Cadbury Dairy Milk has become such a staple in my life—whenever I’m sad, stressed, or I need a pick-me-upper, anyone in my family or the Cupcake himself would simply buy a bar of Cadbury Dairy Milk, and it would instantly light up my day. There was even a time when I was suffering from bad asthma attacks (which meant I couldn’t play ultimate frisbee for a while) that I had a stash in the ref—and it took me a while to finish! 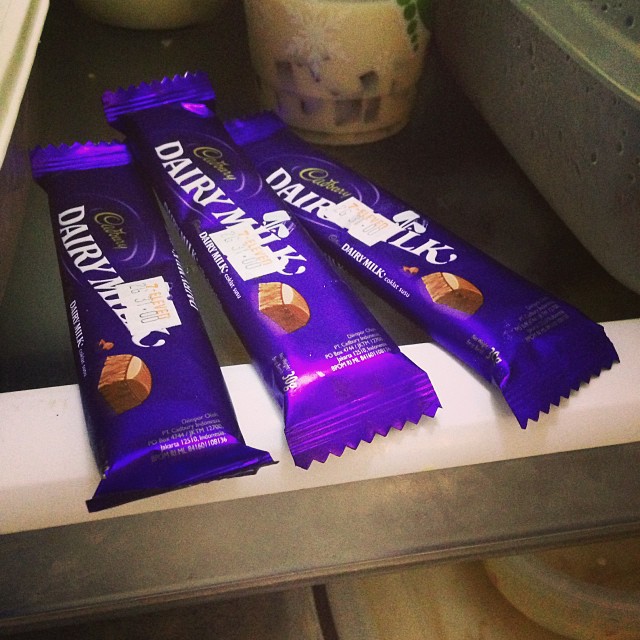 Lately, Cadbury has come up with a series of cute advertisements called #CadburySweetEndings. I’m pretty sure you guys have seen it online. To cap off the series, at the same time launch two limited edition flavors, Cadbury Dairy Milk in partnership with Nuffnang Philippines invited bloggers and friends to a screening of The Hunger Games: Mockingjay (Part 1), which took place last Saturday in Cineplex, Shangri-La Plaza. 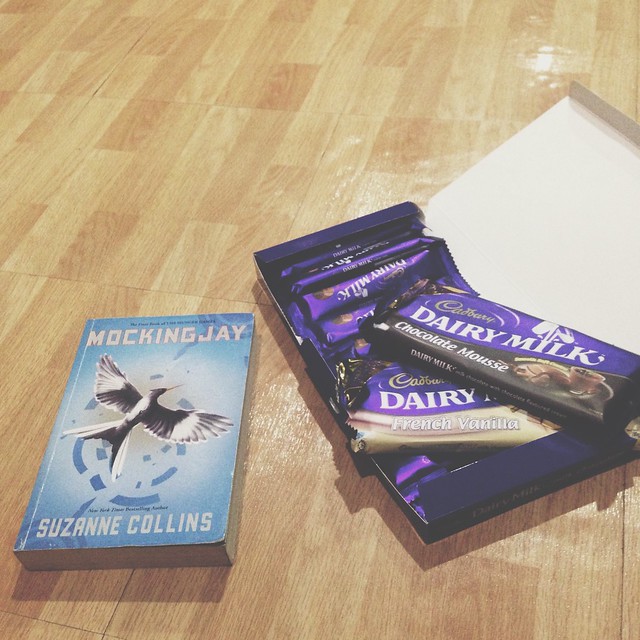 Of course, I couldn’t say no to the invite! Having read The Hunger Games trilogy a couple of years ago, I definitely wanted to see how the books would be depicted in the movies—even though Mockingjay is my least favorite of the three.

Before the movie, a quick program was held to introduce the two new (limited edition) flavors: Chocolate Mousse and French Vanilla! We were also given a surprise box at the end of the event—which consisted of a giant bar of the two flavors, plus tiny bars of the original Cadbury Dairy Milk.

The ultimate sweet ending of all is that Cadbury Dairy Milk will be giving away a lot of amazing prizes—including a trip for five to Boracay! To know more about it, visit their Facebook page or follow them on Instagram. While you’re at it, grab yourself a bar of their two limited edition flavors. Of the two, I really enjoyed the French Vanilla.