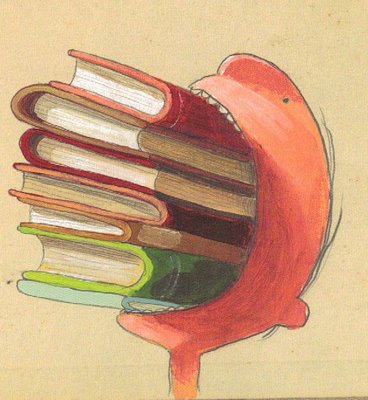 Reading is an essential part of being a writer, and has always been one of my favorite things to do as a little girl. In fact, I saw a lot of myself in Matilda—but even before I became a fan of hers, I was already a huge fan of books. My hangout place in school (from elementary up until college) was the library. Almost every dismissal time during grade school, my mom would find me sitting on one of the beanbags in the school library reading a book. Every time I finished my I.W. cards early in high school, I went to the library to read. (The I.W. card is a personalized thing in our school). And by the time I got to college, I used to have McDonald’s delivered to the footsteps of the main library where I would then sneak in the food so I could eat and read at the same time.

This also explains why one of my favorite Disney movies of all time is Beauty and the Beast (the other one is Mulan, but maybe I can save that for another story). I’m always enchanted by the scene where Beast shows Belle his extremely vast and extremely grand library. You can only imagine how my dream house looks like—one that has an extensive library with a fireplace and secret passageways.

I’m getting off-topic. Point is, I love to read. And it’s hard for me to pick what my favorite book is—although I think a lot would assume that it’s Harry Potter mainly because of my Draco Malfoy obsession. (I bet you that the Malfoy Manor has a library that’s even more extravagant than Beast’s library). But if someone were to point a gun to my head and demand that I shout my top five books in mind, here are the five I would recommend:

Read the book twice, watched the movie (starring Kate Maberly) twice. It’s a deep and touching story about a spoiled and sheltered little girl named Mary Lennox who loses her negligent parents in an earthquake and was sent to live with her uncle. Unfortunately, the uncle is just as detached and is always away due to losing his wife in an accident. So Mary starts to explore his estate and discovers a hidden garden that she begins to restore with the help of Dickon, one of the servants’ brothers. Eventually, she also unravels the other secrets of the manor.

The Little Prince is the one book I can read over and over and every time I do, it feels like I learned something new again or I see something that I didn’t see there before. It may seem like a children’s book, but the philosophies it contains still apply to me to this day. The story is about the narrator—whose plane crashes in a desert and meets the Little Prince, a mysterious creature from a different planet. The Little Prince starts telling him about his adventures and the people, animals and things he encountered, including the narrator. When the Prince leaves, the narrator misses his company and writes the book in memory of him.

3. The Book Thief by Markus Zusak

You know the feeling when you can’t put the book down because so many things are happening? And finally, when you finish the book you can’t help but just be like, “What do I do with my life now?” I get that feeling a lot after reading, but I felt it immensely after reading the Book Thief.

The Book Thief is narrated by Death, is set in the 1940’s right before World War II, and is about the story of a little German girl named Liesel Meminger, who loses her brother, was given up by her mother, and then adopted by Hans and Rosa Hubermann. Her experiences as a child traumatize her, but Hans consistently comforts her and teaches her how to read, beginning with a book she stole from the cemetery where her brother was buried. This is the start of her “stealing” books as she grows and discovers the truth about herself and the Hubermanns.

Sloppy Firsts is a series of five books in the format of diaries that follow the life of Jessica Darling, a cynical, observant and witty girl who overanalyzes every single aspect of her life. The series was recommended to me by one of my best friends, Kim, and is one of the reasons why we became close in high school. This is also where I picked up my favorite line: “My thoughts create my world.”

5. Harry Potter and the Half-Blood Prince

For the obvious reason being that this was the book where Draco Malfoy made such a huge impact in the series, and the readers are given a glimpse of how torn and misunderstood his character really is. People can say whatever they want about him, but I will defend Draco Malfoy until my dying day!

Anyway. Those are just some of the most influential books I’ve read. As a writer and an avid reader, books sustain me and keep me alive. And I think I speak for many of you bookworms out there. So what about you? What are the books you eat for breakfast?

An Artwork of Books at Fully Booked High Street

Grabbed from an old entry from the Chimp Chatterbox: http://www.crazymonkeysdesign.com/chimpchatterbox/books-for-breakfast/