Before I begin with this review, I just want to put a disclaimer that I’m not a super techy person like the Cupcake. I like my gadgets sleek and simple, and I sometimes get lazy to learn new gadgets, operating systems, and technologies—unless it’s something I really, really want to have (or something that I’m required to have). But that rarely happens, and I’m actually the type of person who doesn’t change her phone (or other gadgets) too often unless needed. I’ve had the same laptop for a decade before I finally decided to buy a new one. A cellphone usually stays with me for maybe two years and since 2010, I’ve been an iPhone user so my knowledge on smartphones is limited to just an iOS.

I must admit that I’m a total stranger when it comes to Android phones—the Cupcake is a huge fan of it though (I think 90% of his gadgets are Android-operated), and he’s been trying time and time again to convert me. I think it was last year that he was convincing me to get a second phone—an ASUS ZenFone, to be exact, because of its solid features and its price point. I never got around to buying my own, but ever since, I’ve always been curious. 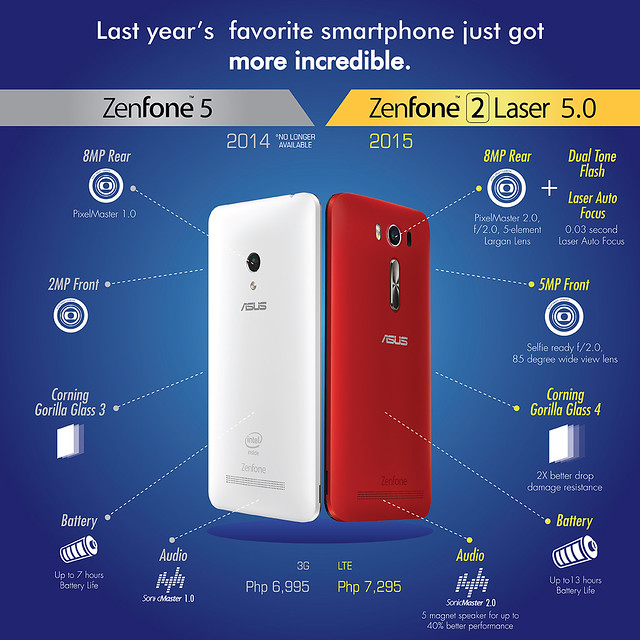 To my luck, ASUS reached out to me a couple of weeks ago and gave me my very own ZenFone 2 Laser 5.0! I was immediately attracted to its sleek, light gold design—and for a 5-inch phone, it felt lighter than what I had expected. Its solid grip is thanks to the ergonomic arc design, which has a curved back made comfortably to fit the palm of my hand without sacrificing style. And though stylish, it’s also a pretty tough phone, featuring a 5.0-inch HD IPS display and Corning Gorilla Glass 4, which offer vibrant colors, good brightness levels, and wide-viewing angles. 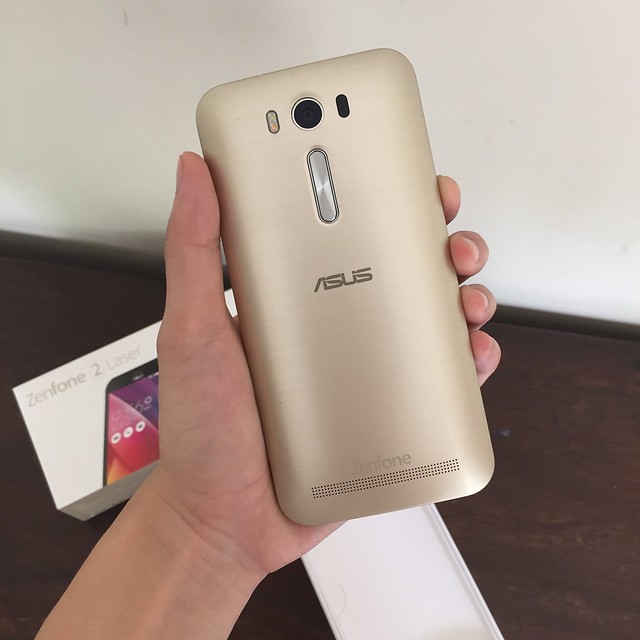 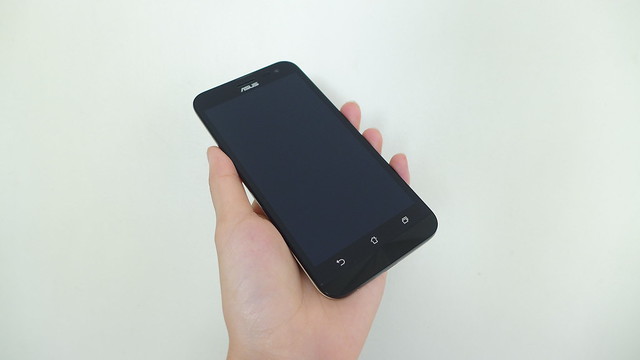 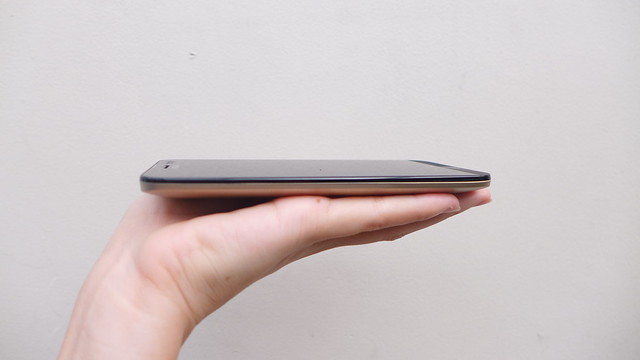 I’ve been playing around with my new phone ever since I got it, and so far I’m enjoying. I discovered that there’s a Theme Store that allows me to design my phone’s background and icons however color or style I like! I even got a Smart number for it—another first for me, since I’ve been a Globe user all my life. It’s dual sim, so if I want to get a second number (I’m thinking about getting a Sun number as well), it’s possible.

I like that the phone is very fast and responsive. I haven’t encountered any lags. And for someone who’s impatient when it comes to learning new gadgets, I adapted to the Android pretty well.

The highlight of the phone, of course, is its PixelMaster 2.0 Camera, which is 8 megapixels guided by a laser auto-focus (this is for the back camera). The front camera has a dual-LED real tone flash and a 5-megapixel camera. The features of the camera itself are impressive. There’s a real-time Beautification Mode where you can soften and brighten your skin, add blush to your cheeks, enhance your eyes, make cheeks thinner, and color correct! 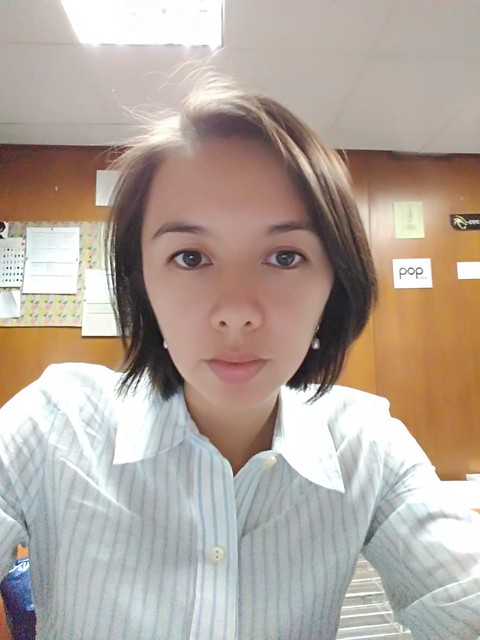 A selfie using the Beautification Mode where I made my eyes larger and my cheeks thinner. Haha!

The phone also has its own photo collage and photo effects, a Super Resolution mode, and other useful camera modes like Selfie Panorama, GIF Animation, Low Light, Slow Motion, and Time Lapse. 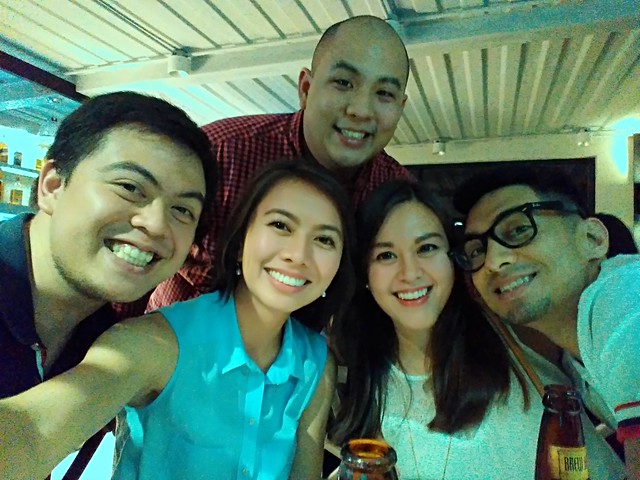 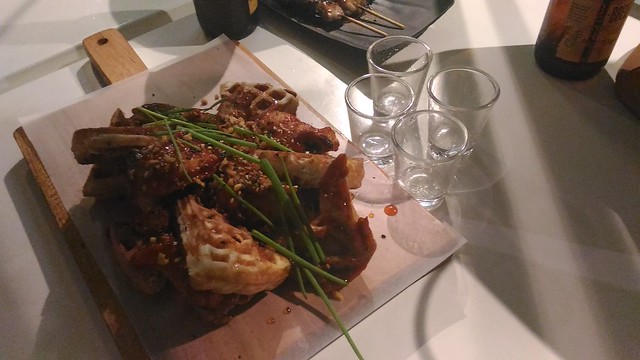 Despite how dark it was, the Low Light Feature (back camera) allowed me to still capture this photo 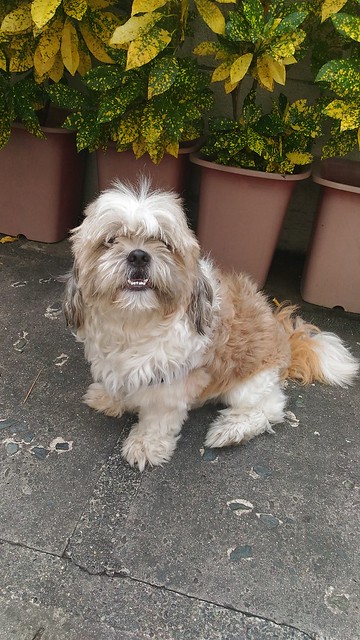 Used the Auto Feature of the back camera during daytime, and notice how crisp the colors are!

Those are just a few photos I’ve taken using my ASUS ZenFone 2 Laser 5.0, but trust me when I say I’m really impressed with all the things it can do. No wonder the Cupcake wanted me to get it before! It retails for only Php 7,295, which I think is really cheap given all its features. Check out this link for more information.