A Message to A Girl Who Just Went Through a Breakup

It’s tough. Believe me, I know what you’re going through. And I know that right now, the pain seems like it’s the end of the world and you don’t know what to do. You don’t know where to go. It’s like you suddenly lost faith in love and life, but that’s temporary. It’s just a phase—most things in life are. Right now, I’m sure it’s hard. Really, really hard. And you try to understand what we tell you; you try to grasp the concept behind every word we say. But it’s difficult to mix our words with your feelings, and I get that. 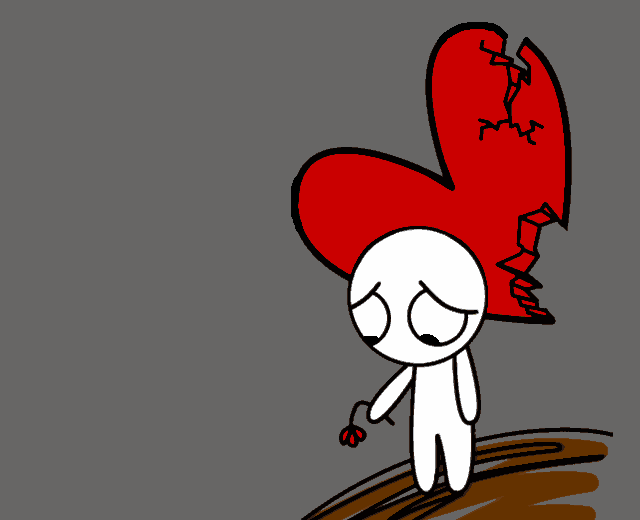 Morrie Schwartz said in Mitch Albom’s Tuesdays with Morrie: “You let go, let the tears flow, feel it completely – but eventually be able to say, ‘Alright. That was my moment with loneliness. I’m not afraid of feeling lonely, but now I’m going to put loneliness aside and know that there are other emotions in the world. And I’m going to experience them as well.'” It’s okay to cry; it helps a lot. But eventually, as the days pass by, I think you’re going to find it easier to let go. What helps me when I’m lonely is I surround myself with people who I know will always have my back no matter what—and in doing that, I also realized who my real friends were. So let’s go out, or just stay at home and have a movie marathon. Let’s eat all the ice cream we want, or have McDonald’s delivered. Trust me, being alone will cause you to think about it more. That’s why you have us to always make sure you’re not. And in moments when you do find yourself alone, just breathe deeply and go to sleep. It sounds a little weird, but it’s what I do. And I find it helpful. Or if sleep is being a shy little thing, keep yourself busy. Read a book or learn to do something new—it’s always nice to find an outlet that can help you forget or escape the pain temporarily.

I also get what you’re saying that he’s a great guy; that he was a good catch; that you can’t say anything bad about him. Maybe you’ll have a hard time understanding it right now, but there’s more to life than just him. You’re young, and you’re beautiful. There are so many other guys out there—guys who you may not know are better; guys who you might be missing out on because you don’t want to give them a chance. Yes, he was your first love. And yes, you gave it your all. But that’s just one of the many learning experiences we all go through. You have to leave a piece for yourself. I think that when you leave even just a small part of yourself it makes it easier to be whole again. 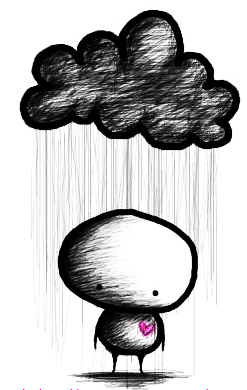 It sucks. It’s like you were lead on in a way, only to have your plans come crashing down on you. Again, you’re young. We’re young. We still have much to learn.

I’m happy that you ended it on good terms, and you’re still friends like you say. But I will say this as bluntly but as nicely as possible—you need space and time for yourself. You both do. And for a lot of reasons. First things first, you did say you have trust issues. You know your flaws and your weaknesses. So instead of thinking about him, why don’t you think about you? Why not allow yourself to grow up and mature first without him, and realize your mistakes so that in turn you can correct them? Again, at the start, it’s going to be really hard. I don’t want to scare you by saying all this. But change is constant, and it’s possible to happen to you, too. You can’t avoid it, and I’m just saying this because I don’t want you to cling on to him tighter. Now that you’ve parted ways, you can’t expect things to be the same. It will have an effect on your friendship, whether you like it or not. You have your life now, and he has his. I’m sorry to be saying all this, but it’s what’s real and I’ve gone through a similar thing. And at that time when I was going through it, I wish someone had told me all this.

Don’t expect to get back together. Don’t assume that he’ll go back to you. It’s nice that you have hope, that maybe you both just need time to grow up separately. But don’t let that stop you from doing the things you want; from opening yourself up; from dating other guys. There’s a whole world out there waiting to be explored. Get up, and see it for what it is. Don’t sit around and just wait for things to happen. Do something. Be something. Remember that you were once happy without him, and it’s more than possible to be happy again. If you’re meant to be, you’re meant to be. (And please don’t think I’m just pulling these lines from a movie). Good things fall apart so that better things can fall into place. And until then, wake up. Wipe your eyes and know that you are an amazing girl and you can do and be amazing things without him. You will never be alone. You will always have us. And I promise you, you will be okay.

Things can only get better for you. You’ll see.

Greta’s Junkyard Conversations: A Series to Inspire and Uplift

#WorkNow: How I Found My First Job with JobStreet Philippines

How Animal Crossing Has Helped Me Cope During the Quarantine

‹ Tumblr is love. › My Overthinking Notebook

My name is Gretchen Gatan. I’m a writer, editor, and makeup artist. Writing is my passion, and this blog serves as a creative outlet where I can write about topics on beauty, travel, food, and lifestyle—and occasionally my random thoughts and tantrums. Greta’s Junkyard is literally a dump site of my favorite things!

Not one to wear colors outside the nude and neutra

First time to attend an e-vent today with @airopti

Oh my gosh—drum roll, please! 🥁 My next guest

Had the most productive day today. 💜 Did a lot

30 going on 13 💜 Video calls with @marielangele

GIVEAWAY ALERT! 🚨 In case you missed my talk on