A Convenient Lifestyle: Two Cute Airbnbs in Makati I Stayed In

Early last year, I wrote about the first time I experienced living by myself in an Airbnb in Makati.

The reason I booked an Airbnb near my office back then was because the Cupcake, who has been driving me to and from work every day for the last six years, had another business trip out of the country—and though I had commute options, I felt like the exhaustion just wasn’t worth it. I’ve experienced riding the MRT, regular bus, and P2P throughout the years and traffic just never gets better. In fact, it only gets worse. It takes two hours in the morning to get to work in Makati from Quezon City (by car), and another two hours to get home. That’s four hours a day where I could be writing for the blog, watching WWE or my favorite shows on Netflix, spending time with Booboo and my family, or resting!Crazy traffic, quality of life, and spending almost the same amount on Grab from Quezon City to Makati and vice-versa are my reasons for booking an Airbnb near my office instead, and just to give you guys an idea on the two super cute Airbnb units I stayed in for a couple of weeks, check out the photos below!

The first Airbnb I booked during the Cupcake’s first week out was a small studio unit in ETON Tower along Dela Rosa corner VA Rufino in Legazpi Village. I loved how the owner was able to maximize the space by raising up the bed to accommodate another bed and a folding table. It also included a Smart TV with Netflix, which I took advantage of! Since the place was a 5-minute walk away from my office, I had a lot of time to hit the gym (which was one of the building’s amenities) and catch up on Brooklyn Nine-Nine. 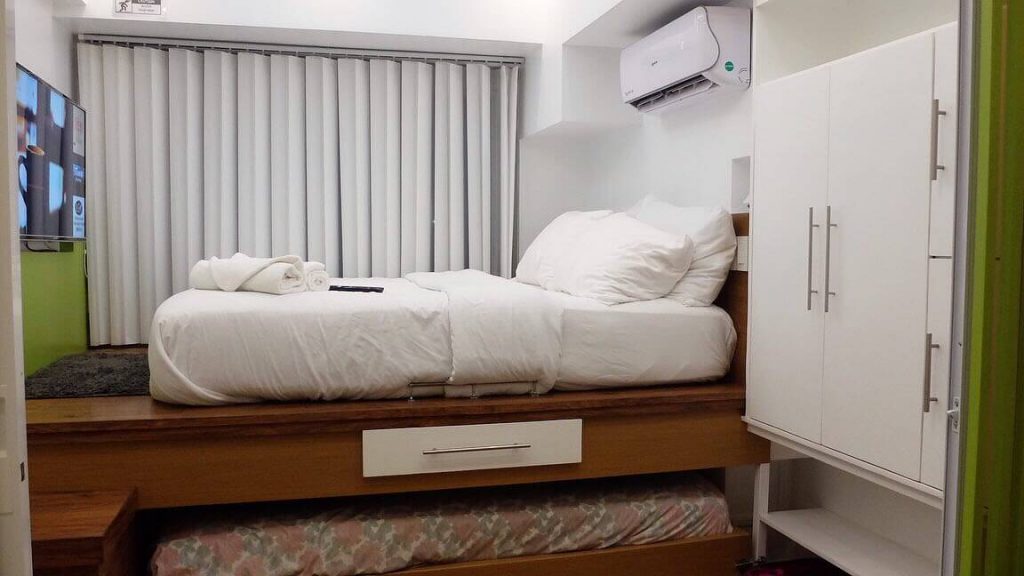 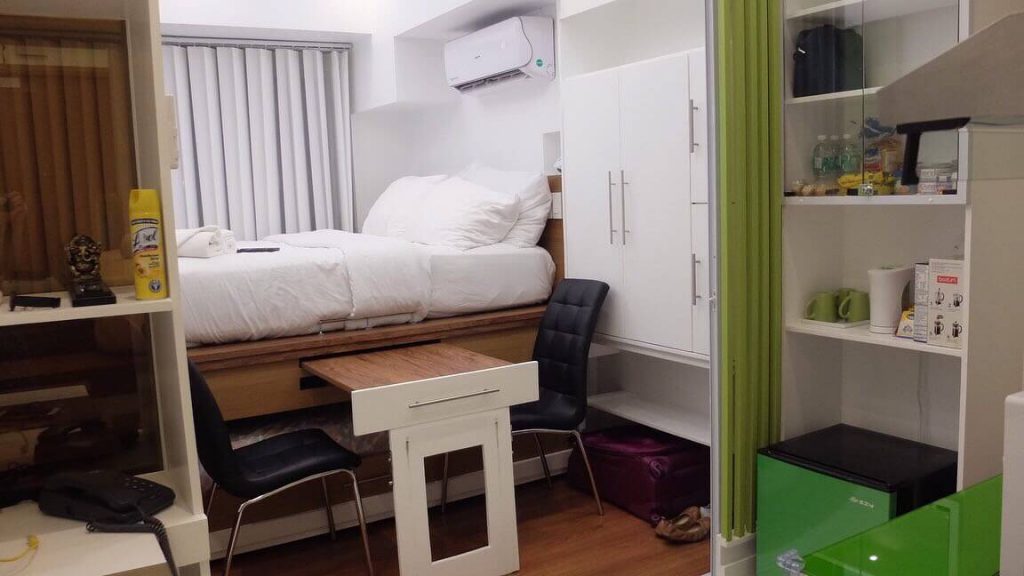 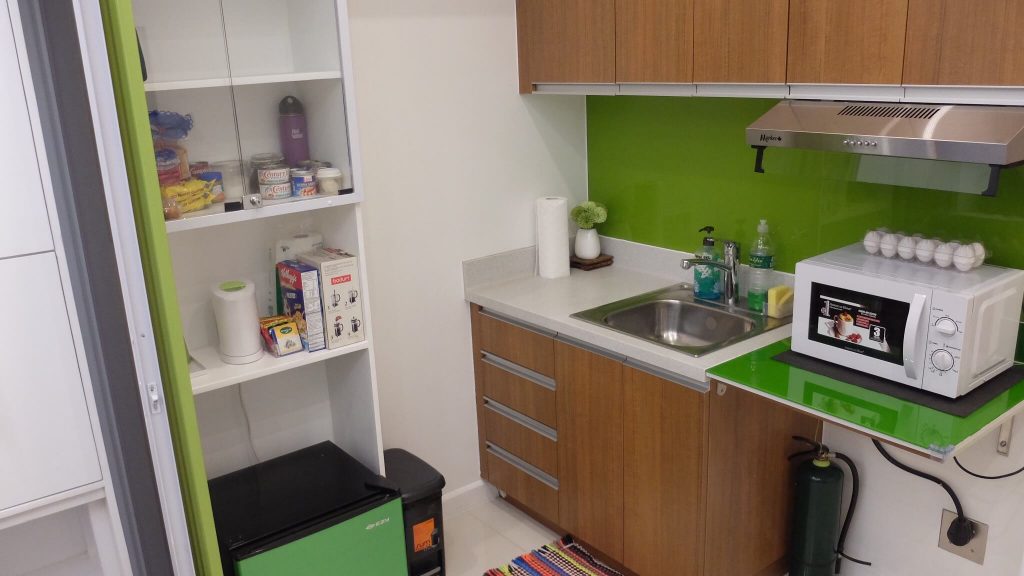 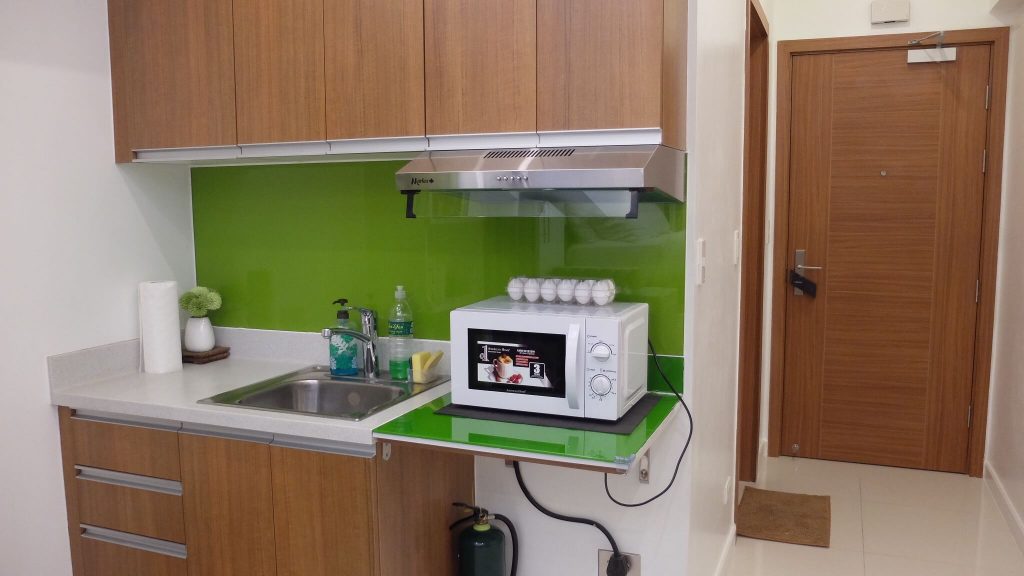 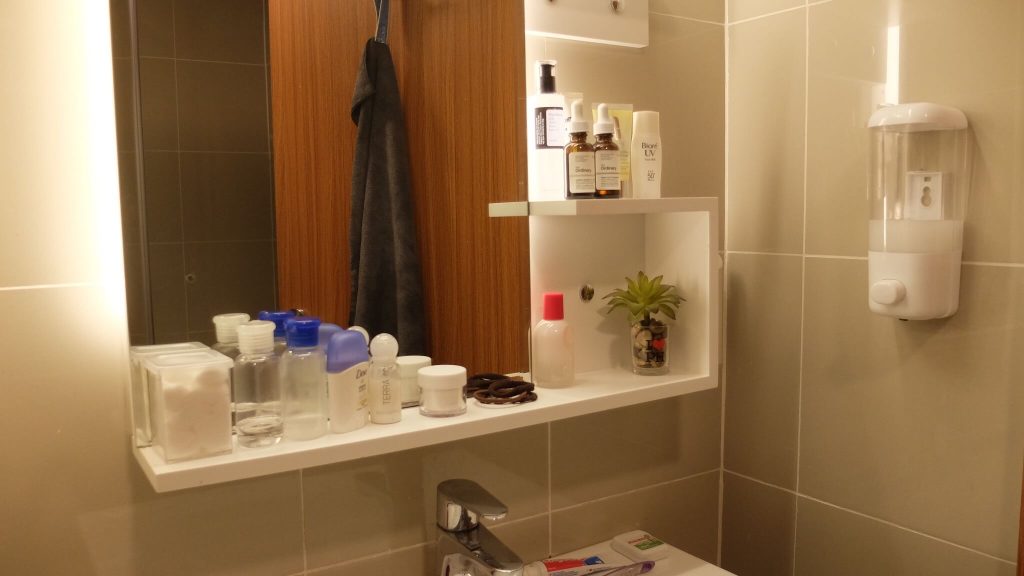 The following week, I stayed in a spacious studio unit in Greenbelt Excelsior along C. Palanca Street. It was a little bit farther from my office (about a 10-minute walk), but it was still convenient. I was so surprised with the size of the place, and was impressed with the unit’s inclusions (the bathroom had a washing machine and dryer!). Though the TV was smaller compared to my previous Airbnb, I was still able to watch a WWE Pay-Per-View, which I casted from the WWE Network app on my phone through my Google Chromecast (I brought my Chromecast with me, since the TV wasn’t a Smart TV). I had so much space for myself, that I even invited my office kids to come over and shoot social media content for one of our clients. The gym in the building was much bigger, too! 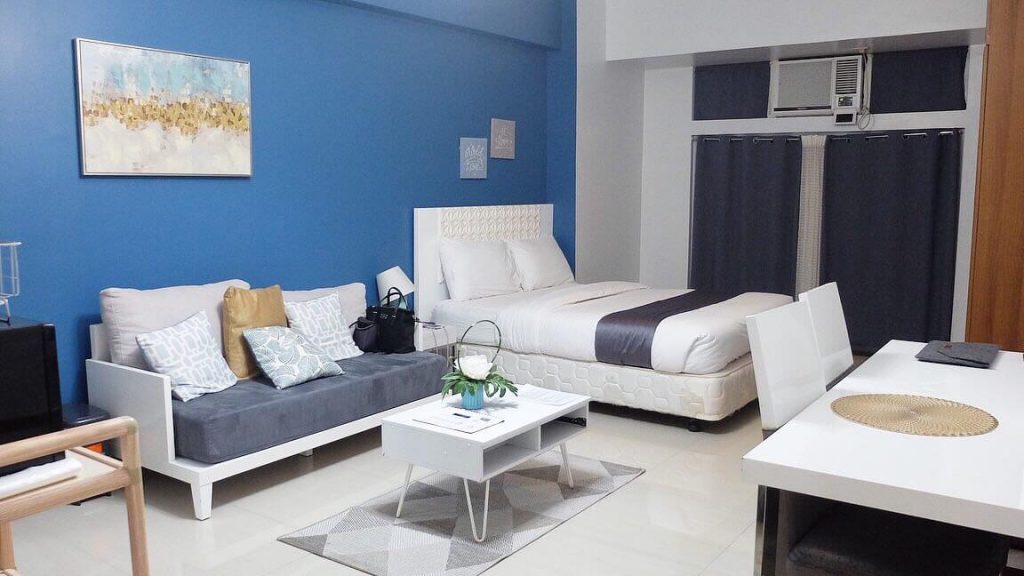 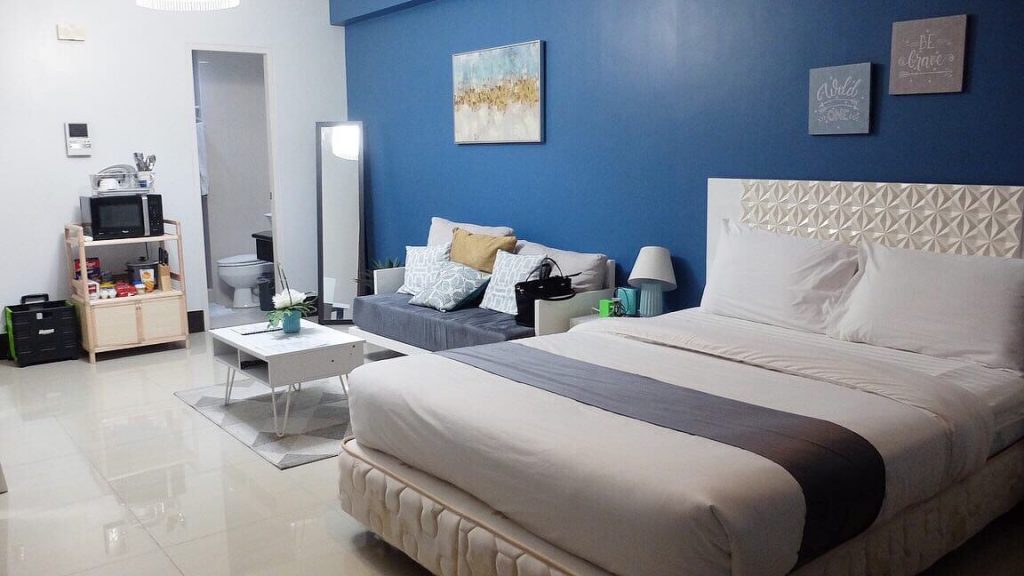 If you want to book either Airbnb, I included the links to each listing. I highly recommend both superhosts, and even gave them positive reviews! Though I got home sick at one point, and I missed having Booboo as my sleeping buddy, it was definitely such a convenient lifestyle. I had so much time doing fun things outside of work, and I can only imagine all the things I can do and passion projects I can complete if I lived near my office.

Speaking of where the Cupcake and I will be living temporarily after we get married, watch out for that update!

A Convenient Lifestyle: Two Cute Airbnbs in Makati I Stayed In