It’s been more than five months since my Europe trip with the Cupcake and his family. And while I wish I wrote about it sooner so that the memories are still fresh, I couldn’t find the time or energy. Plus I had to prioritize work, sponsored posts, and other articles—like my Singapore trip with my siblings thanks to Klook. So here I am now trying to backtrack and write about our two-week trip to the Adriatic Coast. Particularly Austria, Slovenia, Croatia, and Bosnia and Herzegovina.

I’ve been looking forward to this trip since the Cupcake mentioned it in early 2018. It was always one of his missions to grant my dream of seeing and experiencing more of the world. Not only do I get to go to Europe for the very first time, but it was also a nice way to bond even more with his family. Ever since the Cupcake and I got together more than five years ago, I was able to spend a lot of time and got close to his family. And I love that the closeness of his family is very similar to mine. So I knew from the beginning that this trip would be very memorable. 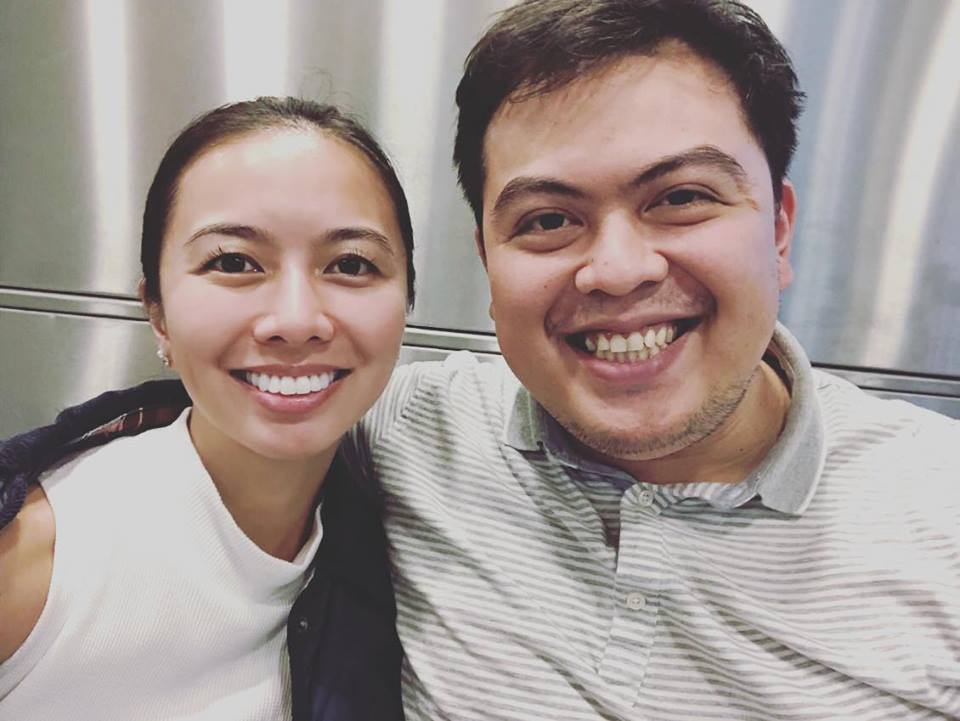 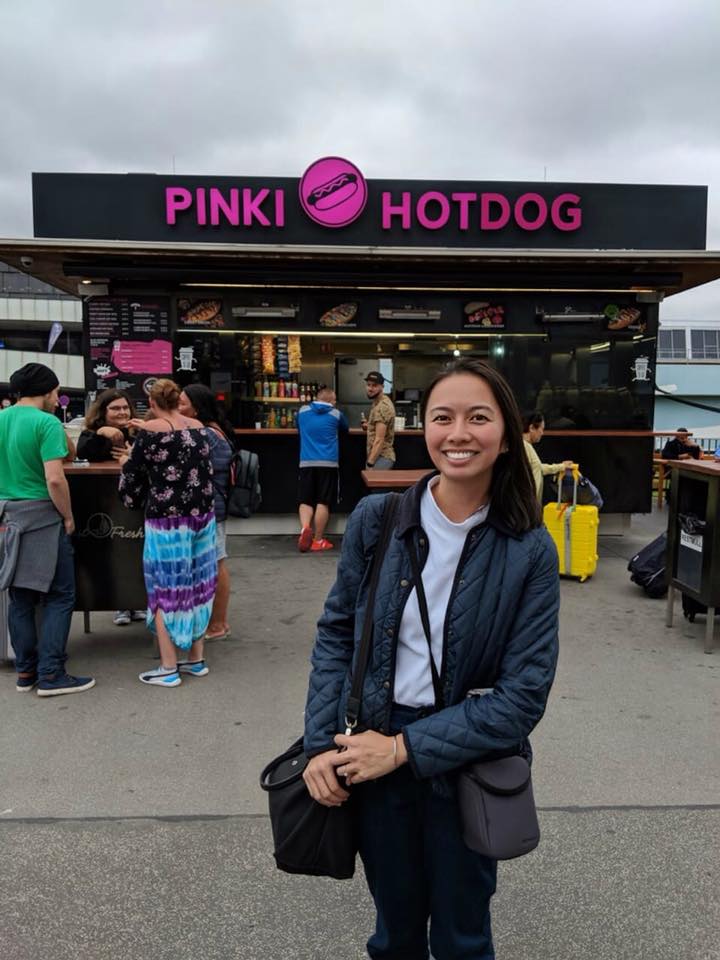 I had to take a photo with this hot dog stand near the airport in Vienna because WWE Superstars, Braun Strowman and Seth Rollins, ate here a few weeks prior. Hahaha!

Our first stop was Graz, Austria though we only stayed here for a day. Upon arriving at Vienna, we rode a bus to Graz and immediately went sightseeing. We visited historical sites like the old town of Altstadt, the medieval old town’s main square, Hauptplatz, Grazer Schlossberg via a funicular, a centuries-old clock tower, and the futuristic Kuntshaus Graz, which exhibited contemporary art. The weather was cold and gloomy, but not too cold that I didn’t need to layer as much. It was raining on and off as well, but the Cupcake made sure I stayed dry by lending me his jacket (he ended up using my reusable eco-bag to cover his head!). I think my favorite part about Graz was the architecture, and how it really captured how I envisioned Europe to be. Does that make sense?

Maribor was a city I looked forward to, because I knew we were going to be visiting the world’s oldest vine. And being a wine lover, this was very exciting for me! Apart from that, we also went to the old town’s main square, the Renaissance-style Town Hall, 15th-century Maribor Castle houses, and this was where I got my first taste of gelato in Europe!

This is where you can find the oldest vine in the world!

Hands down, my new favorite place in the world. Funny story but before leaving for our trip, EVERYONE was telling me that the Cupcake would propose to me somewhere in Europe. Everyone from my family, to my friends, to my colleagues, to my bosses! There was even one evening that one of my work babies Maan and I were looking at the itinerary, and concluded that IF the Cupcake did propose in Europe, it would be somewhere in Lake Bled. Hahaha! I swear, everyone was just planting the idea in my head. And of course, as much as I wanted to fantasize about it, a part of me kept telling myself not to expect anything or else I might just get disappointed. But because even the Cupcake knew that people were waiting for him to propose in Europe, he decided to throw a curve ball and proposed a few days before we left—in our alma mater, Ateneo de Manila. (You can watch his proposal video.)

There was one night in Lake Bled where the Cupcake and I just bought wine from one of the vendors in the area, sat on a bench by the lake, and just talked about our future together.

Anyway, we stayed in Lake Bled for a few days and it was so magical. We went up to Bled Castle and enjoyed the majestic view, and in the three or four days that we were there, we also got to hike in Vintgar Gorge, visit Ljubljana (which is Slovenia’s capital), and explored the breathtaking Skocjan Caves.

The view while hiking in Vintgar Gorge

We weren’t allowed to take pictures inside the Skocjan Caves, but we were able to take a couple once we got out!

The Dragon Bridge in Ljubljana—one of the oldest bridges in Europe!

From Lake Bled, we headed to Marija Bistrica to visit the National Shrine of the Holy Mother, before proceeding to Zagreb, which is Croatia’s capital. We got to see the Upper Town, the Croatian National Theater, and the monument of Nikola Tesla.

A few photos in Marija Bistrica before we headed to Zagreb

Two sights I really enjoyed as well—Plitvice Lakes National Park, the oldest and largest national park in Croatia, known for its turquoise-colored lakes separated by travertine barriers, and the City of Zadar, known for their Sea Organ (music plays whenever the waves hit them), Monument to the Sun, and the Church of St. Donatus. They say the second most beautiful sunset can be found here (the first is Santorini).

These pictures don’t do justice, because when you see Plitvice in person, you’ll be so mesmerized!

Church of Saint Donatus (also called the Donut Church, because of its round shape!)

Behind us is actually Italy already!

Monument to the Sun

The next day, we toured Split, a city situated in the Mediterranean Basin on the eastern shores of the Adriatic Sea, centered around the ancient Roman Palace of Diocletian.

The religious part of the trip came in when we attended Sunday mass at Medjugorge, and hiked up to the apparition site, where Mama Mary had appeared several times to six children, each with a mission to spread the message she gave them.

Mostar and Sarajevo, Bosnia and Herzegovina

Before heading to the historic city of Sarajevo, we passed by the cobblestone bridge, Stari Most, and saw old Turkish houses at Mostar. In Sarajevo, we learned the exact spot where Franz Ferdinand was assassinated (which sparked World War I), and got to go around Bascarsija, an old bazaar and culture center, where the Fraggies (the Cupcake’s family) discovered a 100-year-old, family-owned leather store that sold classic-looking bags and wallets at a really good price! I got to buy pasalubong for my dad and brothers here. I also got to try Dibak, a famous Bosnian coffee that involved biting a hard cube of sugar while drinking it.

I came across this really pretty Bosnian lady, and I asked if I could take a picture with her. Haha!

With our tour guide in Sarajevo (Left), and our guide the whole trip, Heliz, who has become our friend!

Our final stop is the spectacular city of Dubrovnik. We stayed here for two nights, and I think after Lake Bled, this was my next favorite place in our itinerary. Dubrovnik is part of UNESCO’s list of World Heritage Sites, and one of the most prominent tourist destinations in Croatia. In fact, several scenes from Game of Thrones and Star Wars were filmed here! I definitely enjoyed the sights, I wanted to take a photo of every corner, and it just felt so surreal to be there.

The famous stairs where Cersei did her Walk of Shame in Game of Thrones (I had to Google that scene because I don’t watch the show. Hehe!)

The Cupcake and I impulsively bought a swimsuit in Dubrovnik’s Old Town, just so I could experience swimming in the Adriatic Sea. Don’t let the smile fool you though! I was freezing!

So that was a quick run-through of our Eurotrip itinerary. It was jam-packed with so many sights to see, and I love the diversity of our adventures. We went from trekking rivers and lakes, to going through caves, to climbing hills. For those wondering, our trip was booked via Travel Art, which I highly recommend. They processed everything for us. From the round-trip airfare, to all our accommodations and transfers, to breakfast, lunch, and dinner, to the tours. We were a small tour group, and it was a good balance of exploring together while having enough time to roam around ourselves. And in two weeks, we were able to see and do so many things! Anyway, I hope you enjoyed this short read of my first Eurotrip last year. Hoping that we get to go back and explore another part of Europe. Maybe for our honeymoon!

Tried and Tested Affordable Spas in Makati A Wrestlemania Vlog

Why I Support These Sustainable Period Products + A Giveaway!

Our Family Costume This Year: The Flinstones